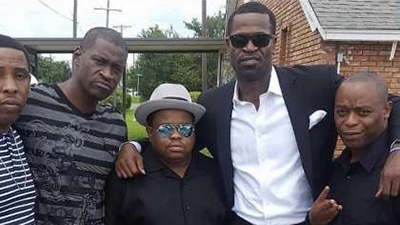 This photo shared on Stephen Jackson’s instagram account shows a group of people including Jackson, second from right, with George Floyd, second from left. Floyd died during an encounter with Minneapolis Police on Monday. (Courtesy photo)

Former Lincoln High School student and NBA player Stephen Jackson spoke out Tuesday on the death of George Floyd during an encounter with Minneapolis Police officers.

Jackson recounted that Floyd was a close friend of his when the two were growing up in Texas.

“Twin,” Jackson wrote under his Twitter handle DaTrillStak5, “I promise I won’t let this BS ride. Already talked to shaunking. Anybody from Houston/Cuney Homes u know this was my brother. Can’t let this ride. All hands on deck. Rest Easy Twin.” 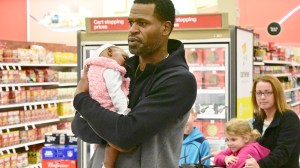 Jackson explained on Thursday during an interview on NBC’s TODAY show that he’d called Floyd his twin because they shared such a resemblance.

“The first question we asked: ‘Who’s your daddy, Who’s your daddy?’ And it went from there,” Jackson told Craig Melvin on TODAY. “We always hung together, every time I went to Houston, it was my first stop to pick him up.”

Jackson led Lincoln High to the 4A state championship his junior year in 1995, then moved to Virginia where he graduated from Oak Hill Academy. He tied Winfred Walton of Detroit as a leading scorer with 21 points in the 1996 McDonalds All-American Boys Game. The team also included Los Angeles Lakers star Kobe Bryant, who died in a helicopter crash in January.

Jackson played 14 seasons in the NBA with several teams, including the 2003 San Antonio Spurs that won the NBA championship. He now co-hosts a podcast with fellow NBA retiree Matt Barnes called All the Smoke, produced for Showtime Sports.

Floyd, 46, a Houston native, died during an encounter with police on Monday. A grocery store clerk called the police after the clerk said Floyd tried to use a counterfeit $20 bill, according to the Associated Press.

Police officers intercepted Floyd and attempted to arrest him. A video of the incident that was widely circulated online shows one of the officers, Derek Chauvin, pressing Floyd down onto the ground with his knee on Floyd’s neck for several minutes.

Floyd was taken from the scene by ambulance to a hospital and was later pronounced dead. Police say Floyd was resisting arrest.

Four officers involved in the incident, including Chauvin, were fired Tuesday. Minneapolis mayor Jacob Frey called for Chauvin to be criminally charged. The FBI is investigating Floyd’s death.

There will be no speeches, no playing of “Taps,” no three-volley salute, and no local programs to honor the nation’s... read more