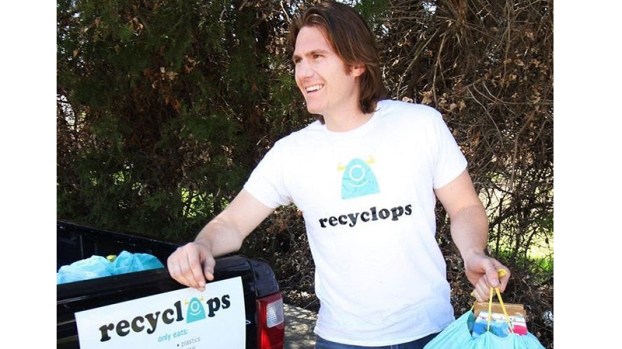 Recyclops drivers use their own pick-up trucks to transfer recyclables from towns to facilities in large cities. (Courtesy photo)

An independent recycling company known as Recyclops is bringing the earth saving option back to Jefferson County residents. 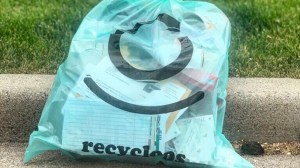 Recyclable items only need to be bagged, tied and laid on the curb during pick-up days.

“It all started when I moved into an apartment complex in college,” the Utah native said. “I was surprised there was no recycling. Over time I saw that it wasn’t just apartments struggling to recycle but whole chunks of the country. Most of those are more rural, but some are still fairly large cities like Beaumont. I did the research and there were people who wanted to recycle and they deserved to have that option.”

Now serving Jefferson County, including Beaumont, Groves, Nederland and Port Neches, Recyclops is sharing information with those unfamiliar on the process.

Recyclops is a bi-monthly pick-up service starting at $10 a month.

It works in two steps.

Step one: bag your recyclables, no need to sort. Step two: place the bag on the curb on pick-up day by 7 a.m.

Recyclops accepts paper, cardboard, plastic bottles and containers, metal cans and containers. Glass is only accepted for those registered for the $17 monthly fee.

“With recycling, we want it to be simple, convenient and affordable,” Smith said. “For us, the biggest thing we need in any area is for people to want to recycle.”

This week more than 50 Groves residents signed a petition to bring the service to town as the newest location in Southeast Texas.

“They have kept the cost down to a very reasonable rate,” she said. “They have to pay drivers to pick it up, and then they have to bring it to a Houston recycling center. It’s a small price to pay to free up landfill space and it’s good for our environment.”

Recyclops hires local drivers who take the haul to a top-notch sorting facility in Houston.

“We don’t use garbage trucks, which is kind of unique,” Smith said. “Garbage trucks are really expensive to operate and acquire, which makes it really hard to monetarily make sense for most cities. We hire local independent contractors who use their own pickup trucks for transportation, they get paid and they feel good about helping the environment.”

Tiffany Perkinz, another resident of Groves, said she was enlightened to the importance of recycling after hosting two foreign exchange students from Spain and Germany.

“One area of culture shock they had was the lack of community recycling services,” Perkinz said. “Although we personally recycle aluminum cans in our home, there is no easy way to recycle our other items.

“In Europe (and most big cities in the U.S.), recycling is not just normal but expected. I felt this lack of a recycling service in our local towns gave a bad image to these foreign guests on how much our country and local communities value environmental responsibility.”

“When it gets difficult the cities aren’t really sure how to do it,” Smith said. “We do have some city contracts, but more often than not we come in and operate like any company would. We go in, get customers and provide a service. So instead of it being paid through a utility bill it’s paid through a company and picked up locally.”

Smith said he expects to begin operations in Port Arthur soon, but is still waiting on more people to sign up. Fifty signatures are still needed.

“There is no doubt in my mind that we are going to be servicing every one of these areas and we are hoping to get Port Arthur next,” he said. “If there are people who want it we will come.”

Judge Branick to decide Monday whether to extend facemask ordinance