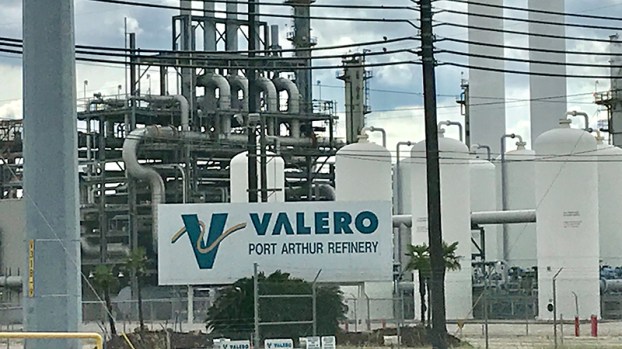 The Valero plant has operated in Port Arthur since 1901. (Ken Stickney/The News)

The founder and chairman of the Port Arthur Community Action Network is encouraging those who could be approached by Valero for purchase of their property on the city’s West Side to gather as much information as possible when considering.

But John Beard Jr. is not sure why the purchases are happening now.

“Back when I was on council — that was before 2012 — they talked about it, but why now? [Valero] had opportunities before,” Beard said.

Valero spokeswoman Lillian Riojas confirmed that the petroleum company’s Port Arthur Refinery is buying property for green space, but not an expansion, adding it is planning maintenance and beautification of the area. It remains unclear, however, if and how many properties Valero has acquired and what neighborhoods or areas exactly the refinery is considering.

Potential purchase of property would come more than a decade after Hurricane Ike impacted Port Arthur.

“After Hurricane Ike, when we were about to give free houses to affected persons, there were people living in the Herget and Foley neighborhoods on the West Side,” said City Manager Ron Burton, who was hired at city hall shortly before Ike’s arrival in 2008. “When the federal government moved in, HUD [U.S. Department of Housing and Urban Development] said you cannot put people there. It’s a blast zone. It’s too close to the facility. The feds would not allow any federal dollars to be used in the area. What we have done from then on, anyone there who needed assistance, we’ve tried to assist them in getting out of there.”

Hence, a buffer area between the refinery and community is being developed in case of a disaster, Burton said.

Beard, an environmentalist with 38 years of experience in local refineries, has heard but could not confirm that a few residents are in negotiations.

His Port Arthur Community Action Network, or PA-CAN (“pecan”) is offering advice to potentially affected citizens of Valero’s buyout as a way to protect their interests. PA-CAN has not organized any face-to-face or virtual discussions yet as the organization is still fact-finding, Beard says, and he is not concerned Valero is trying to gentrify the area.

“What I look at is, if you have a number of people who live there, are they going to get enough to live in another part of town and start over?” Beard said. “There are a number of things that can be on the table, but people need to know what the options are. We’re looking into that now.”

Beard said residents with questions can be referred through PA-CAN to Lone Star Legal Aid, a provider of free legal aid that assisted Jefferson County residents in the aftermath of the 2019 TPC Group explosions in Port Neches.

Beard would like to help residents establish how much their property is worth and how much Valero would be willing to pay for it, stressing the importance of residents having someone with background on such real estate purchases.

“We want to be in a position of advisement and consent,” Beard said. “We’re not there to negotiate on anyone’s behalf. We just want to make sure everything is out in the open.”