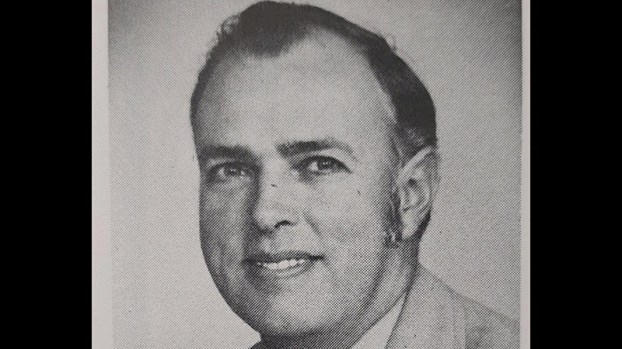 She walked and worked along Boston Avenue for 15 years alongside late founding father Don Watt.

“Don was a gruff, grumpy guy who really knew what he wanted and what our city needed,” Nicklebur said. “He wanted this to be a party for the city, a celebration, and I think he did that.”

Don Watt was one of the founding fathers of the Nederland Heritage Festival.

Nicklebur was one of many friends and colleagues that worked beside Watt during the development of the jubilee.

She remembers him as a hardworking man with a vision.

“He achieved more than he ever sought out to,” Nicklebur said fondly. “It was meant to be an anniversary of Nederland. He wanted it to be special, so they put this little parade together and decided to have food and everything. Don was surprised at how great it became.”

The Nederland Heritage Festival, originally dubbed the Diamond Jubilee, started in 1973 as a one-day celebration. Passing 47 years in March, the event now spans six days and draws in thousands of visitors.

Nicklebur said Watt would be proud of his accomplishment.

“Don had a certain vision for what he wanted this festival to be, and I think he accomplished that and more,” she said.

Shannon Hemby, executive director of the Nederland Heritage Festival, has known the Watt family for years and remembers Don vividly.

“He was one of the most caring people with the biggest heart you’d ever meet,” she said. “He was one of the original founding fathers of the festival, and without him the Nederland Heritage Festival would not exist.”

“Don and his friends got together to celebrate Nederland, and it was such a big hit that they decided to make it a yearly function,” she said. “He was very instrumental in the festival becoming non-profit so we could give back to the community and help other nonprofits raise funds for their missions. He was a very family-oriented man. He wanted to incorporate his family life into the community. It was something very deep in his heart.”

Since the beginning of the festival, Hemby said it’s always been important to keep it family friendly and promote the best of Nederland.

“All the food booths are non-profit organizations, due in part to (Don) wanting to give back the community, which we still implement today,” she said. “It’s very important to keep this festival going, not only in memory of the founding fathers, but to support the local community and bring revenue to the local businesses.”

As the festival chugs along into 2021 and its 48th year, Hemby said Don’s efforts and memories continue.

“Don is going to be truly, deeply missed by not only his friends, but his family,” she said. “He visited the festival every single year. It was very important that the founding father could see how his vision and how his dream has grown.”

Sheriff, challenger talk drug concerns & explain to voters how they would address them