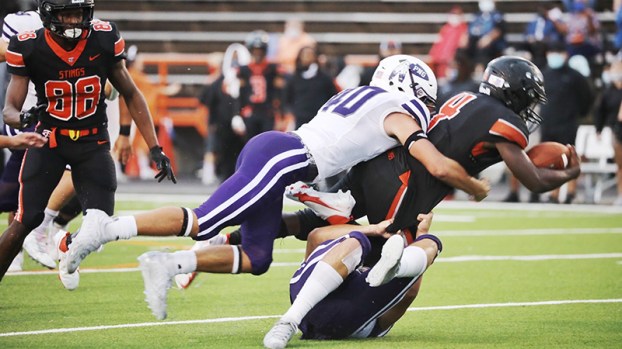 TEXAS CITY – The Texas City Stingarees struck like lightning and so did Mother Nature as the Port Neches-Groves Indians suffered a 60-34 loss in a District 12-5A Division II game at Stingaree Stadium Friday.

The Stings scored on their first play from scrimmage, an 82-yard run by Semaj McCall. That was one of six touchdowns on the day for the senior running back, who finished with 345 yards to lead a Texas City offense that piled up 645 yards of offense, all on the ground.

Texas City led 21-6 after one quarter and 40-20 at halftime despite having the ball for just 3:41 in the first quarter and 4:15 in the second quarter.

The Stingarees increased their lead to 27-6 with 10:12 remaining in the second quarter when the game was delayed by lightning for more than an hour. After play resumed, the Indians scored on the ensuing possession on a 19-yard run by quarterback Blake Bost to cut the lead to 27-13.

“We tried to say focused during the delay,” Faircloth said. “Our kids are mature enough to handle something like that.” 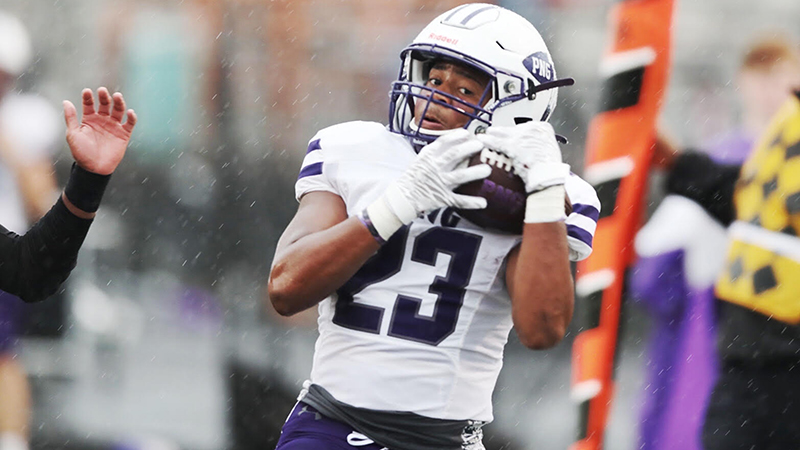 Texas City responded with two touchdowns of their own, before PNG narrowed the margin before the half ended, when Bost connected with Daylon Bergeron for a 16-yard TD pass.

The Indians made some adjustments and slowed down the Stingarees’ potent offense in the second half, as Texas City outscored PNG 20-14 over the final two quarters.

“Our guys did a good job of responding,” Faircloth said. “We never gave up and played hard for all 48 minutes.”

“Blake had another solid game for us,” Faircloth said. “We just couldn’t overcome their fast start.”

The game changed when…

McCall scored on an 82-yard run on Texas City’s first play of scrimmage. At first it looked like the play would come back for a holding penalty, but the officials picked up the flag.

“That was a bit deflating,” Faircloth said. “We’ll have to look at the film to see if it was a holding penalty.”

The game ball goes to…

For Texas City, McCall, who carried the ball 21 times for 345 yards and six touchdowns. For PNG, Bost, who was a force both passing and running.

PNG finished the game with 362 yards of total offense. The Indians won the time-of-possession battle 25:03-22:57, despite having the ball for just 3:03 in the final quarter.

The Indians wrap up the regular season when they host the Santa Fe Indians at 7:30 p.m. Dec. 4 at The Reservation.

“We have a week to get ready for another important game,” Faircloth said. “We know it will be another tough battle.”

— By Pat Murray, Special to The News

NEDERLAND — Big plays fueled the Nederland Bulldogs as they defeated Kingwood Park 42-9 in a downpour at Bulldog Stadium... read more