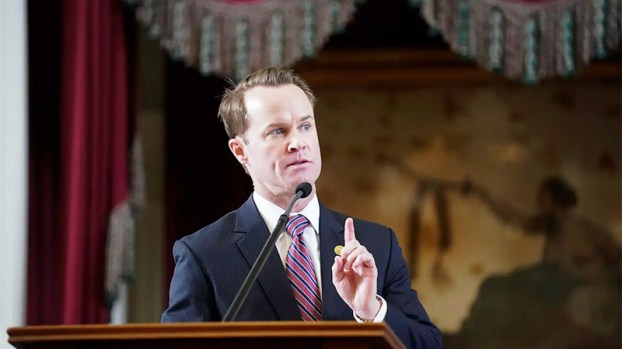 Phelan announced Nov. 4 he had the votes to become speaker, and he officially secured the job Tuesday with a nearly unanimous vote on the House floor. (Bob Daemmrich/Capitol Press Photo)

The new Texas House speaker, Dade Phelan, raised $4.4 million as he ascended to the job late last year, according to his team.

The Beaumont Republican entered 2021 with $4.8 million cash on hand.

Phelan’s team said the numbers represent a “record for money raised and maintained by an incoming” speaker.

Phelan raked in the $4.4 million over a roughly month-and-a-half period — between Oct. 25 and Dec. 12, the last day lawmakers can accept contributions due to a fundraising moratorium around the legislative session that started Tuesday. Phelan announced Nov. 4 he had the votes to become speaker, and he officially secured the job Tuesday with a nearly unanimous vote on the House floor.

Phelan’s predecessor behind the gavel, Dennis Bonnen, raised almost $4 million as the presumptive speaker over an roughly monthlong period in late 2018.

Bonnen, an Angleton Republican, started 2019 with $4.6 million in the bank.

The details of when Phelan raised the money or who donated to him are not yet available. He and other lawmakers face an end-of-day deadline Friday to report their latest campaign finances to the Texas Ethics Commission.

“Absolutely.” That’s how Todd Dodge answered the question as to if he takes anything away from his time playing for... read more