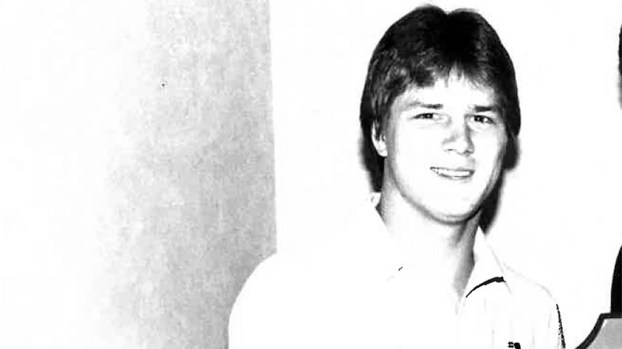 Todd Dodge as a senior at Thomas Jefferson.

The head football coach at Austin Westlake is preparing for a state title game appearance this evening (7 p.m.) at AT&T Stadium.

That would normally be big enough business, but this weekend’s game also pits Todd Dodge’s Chaparrals against the Southlake Carroll Dragons, coached by his son,

Like, who is the Dodge family pulling for in tonight’s big game?

“I think most of them are just happy about the idea,” he said. “They have a little red and blue (Westlake) and a little green and black (Southlake). (Riley’s) grandmother, his aunts, his sister, my wife, all of them, for the most part are hoping for a great game. They can’t lose. It will be a good game for the family members.”

Some have suggested to Dodge that the game is a “win-win” for him, saying he either wins another state for his team or enjoys watching his son earn the same honor.

Todd Dodge is not buying it.

“You have to be all in,” he said. “What really keeps me focused away from that going into this game is my responsibility to my players. I know my son Riley feels the same way.”

Todd Dodge coached his son to three state titles at Southlake, coached him again at the University of North Texas and now coaches against him for a title.

Their bond goes way beyond a single gameday. They are twin warriors ready to do everything they can to win.

But when the game is over, what next?

“I love my son,” Dodge told me. “I am so proud of my son. If his team wins, then I am going to give him all the congratulations and be proud of him for what he has accomplished.”

Dodge, who has coached in the high school and college ranks for 35 years, knew it was going to be his path when he was 16 years old in Port Arthur.

“I love being a part of a team,” he said. “The game of football is the ultimate team game. During the years, my role has changed, from quarterback, to leader, to college backup and back to a starter. You get into coaching and you’re an assistant coach, then a coordinator, then the main guy again as a head coach and leader. However, throughout that whole process you are just a member of the team.”

Todd Dodge played on a one-win team in Port Arthur and another one that reached a state title game.

He’s played quarterback at the University of Texas and faced off against Oklahoma as the head coach at North Texas. He’s coached state titles at different Texas high schools.

Needless to say, he’s experienced as many cheers and boos as anyone in this football-mad state.

Does he still get as excited as he did back in the late 1970s in Port Arthur?

“Absolutely,” he says, his voice growing more sharp. “A lot of people don’t think about coaches being a member of the team. We have our jobs to do. It’s been 35 years that I have been a coach. My role just keeps changing.”

That role is simple right now. His job is to compete. And the only reason he is competing is because he wants to win.

His fans in Port Arthur are right there with him, hoping for one more victory.

Stephen Hemelt is the president of Port Arthur Newsmedia. He can be reached at stephen.hemelt@panews.com or 409-721-2445.