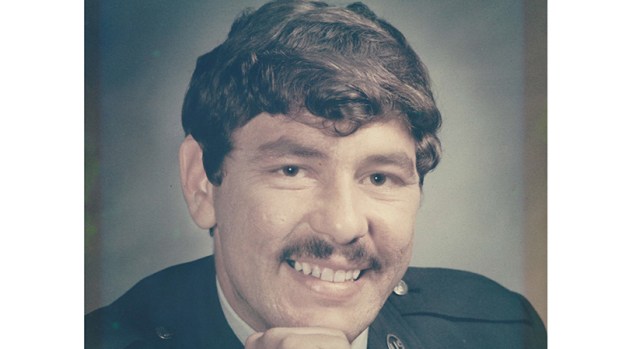 Jack was born May 24, 1946 in Port Arthur, Texas to Dorothy and Jack Buchanan.

He played football and his opponents to this day still talk about how a hit from #67 was unforgettable; he was one tough player.

After high school, Jack proudly joined the United States Air Force and was “boots on the ground” for 18 months during his service
earning an honorable discharge following his time in Vietnam.

A hard worker, Jack was employed at Ameripol Senpol for many years, Jack ended his career at ISP Elastomers.

He was a dedicated family man.

He never missed any event for his kids or his grandkids.

He was the proudest attendant in the stands.

He called all of his kids, nieces, nephews, and grandkids precious angels-even David Kyle and John Matthew.

Jack was an avid outdoorsman but especially loved saltwater fishing.

Jack had a love of music and some tune was always playing; He especially loved listening to his grandson Holt Kyle play the piano as well.

His second home was the camp at Constance Beach, LA, where he and Judy spent many a weekend fishing with family and friends.

Those that knew Jack will attest that he was a loving man whose boisterous personality and demeanor will be deeply missed.

His memory and legacy of love will live on in the minds and hearts of all those that knew him.

Jack is preceded in death by his parents Dorothy and Jack Buchanan, brothers John and Maxie Buchanan.

Together, they will keep Jack alive with a lifetime of memories to share.

A special thanks to Cathy Gohlke, RN case manager of Harbor Hospice for taking care of Jack throughout his illness.

She became family and we cannot thank her enough for her guidance and care.

The family would also like to thank Katrina Powell, Erica Banks, and Gerri Jackson for providing amazing care to Jack when he needed it most.

We are forever grateful to all of these ladies.

In lieu of flowers, please make a donation in Jack Buchanan’s name to The Vietnam Veterans of America or a charity of your choice.

To honor Jack’s life and legacy, his family will be having a private memorial service.