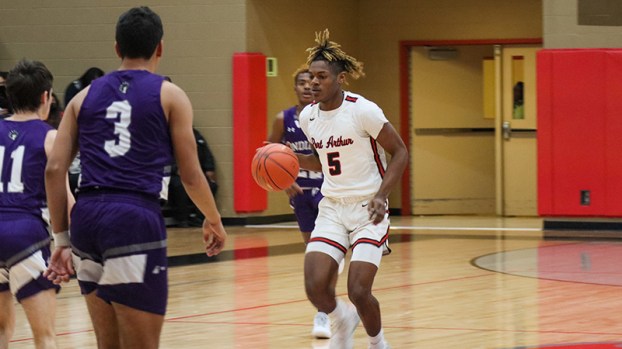 When the Memorial and Port Neches-Groves boys basketball teams match up Friday night, players on both teams know a shot at the playoffs is at stake. Each team also knows the other will be playing at a desperate level.

The Titans and Indians will square off against each other at Port Neches-Groves High School. Tipoff is at 7 p.m.

Barbers Hill is a half game up on the Titans after Memorial dropped its game to Crosby Tuesday and the Eagles beat Nederland in a double overtime thriller.

“Nederland did not do us any favors,” said PNG head coach Chris Smith. “It is our fault for starting off the season slow. We have to win out and hope that Barbers Hill loses to (Beaumont United and) Galena Park.”

The Titans need to beat Port Neches and likely split with Nederland and Beaumont United over the final two games.

Barbers Hill will play the undefeated Timberwolves Friday. Then, the Eagles will play Galena Park, who has not won a district game, in the season finale.

If Memorial and Barbers Hill finish 6-6, they will play a game to decide who makes it to the playoffs since they split their meetings this year.

“Now, we have a must-win game at Crosby to finish the season,” Smith said. “That is a feat in itself. When I saw Nederland lost, I was kind of under a rock. We aren’t dead, but our head is barely over water.”

Smith said he knows Memorial will be ready.

“We have a chance to put them on life support,” he said. “We are helping our cause and trying to get somebody out of the way. They have to finish the season with Nederland and United. They are looking for this game as their must-win.” 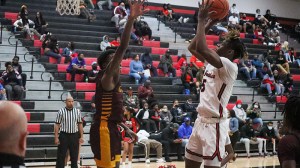 Memorial head coach Alden Lewis said his team will have to compete.

“My guys know what is on the line,” he said. “They know what is at stake. There is really no motivating. You know. I shouldn’t have to motivate you. We have to go out, play hard and see where the chips fall.”

Lewis said he is not worried about the prospect of potentially being in control of the No. 4 seed at the end of the night if Barbers Hill falls to BU.

“We are taking it one game at a time,” Lewis said. “Right now, PNG is in front of us and we have to complete that task. Once we complete that task, we can move on. If we do what we are supposed to do on our end, we’ll be just fine.”

Smith said he has noticed Memorial putting together impressive games since the football players joined the roster.

“They are very athletic,” he said. “We know we are going to have to control the tempo and handle their pressure. We have to do what we didn’t do at their place, which is knock down open shots.”

Lewis said he and his players are well aware that PNG can get hot from the field.

“At their house, they shoot better,” he said. “That is one thing I had to explain to my kids. We have to be ready. They are going to hit some shots, but we have to do what we do and stick to the game plan. Most teams are comfortable at home. We have to get them out of their comfort zone and defend.

In a game that could be close, the crowd could be a determining factor, Smith said.

“You know our fans are going to be out there, as well as our band and cheerleaders,” he said. “The seniors are going to be honored. Hopefully, Port Arthur is going to come and deal with a loud and rowdy crowd and we can have one of those memorable games.”