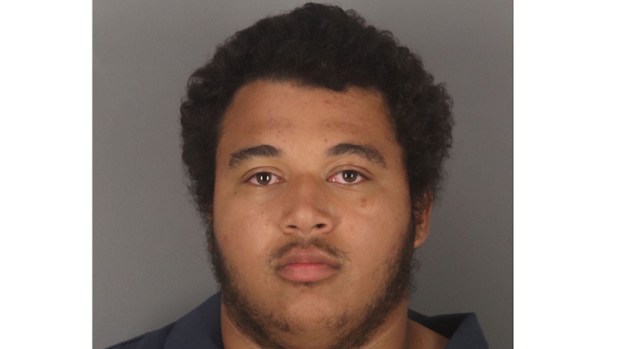 Beaumont Police Department officers responded to Timberlake Courts Apartments at 125 I-10 Service Road at approximately 7:13 a.m. Tuesday in reference to reports of someone shooting a gun.

Upon arrival, officers located a deceased 19-year-old Beaumont man and an injured 18-year-old female from Beaumont.

The female victim was taken to the hospital and is in stable condition.

The 19-year-old male victim was pronounced deceased at the scene. He was later identified as Daniel Andres Muniz Jr.

Barlow was located in the south end of Beaumont and taken in to custody without incident. Barlow was taken to the Beaumont Police Department to speak with investigators and then taken to Jefferson County Correctional Facility, where he was booked in for murder and aggravated assault.

Beaumont Police said Barlow was the ex-boyfriend of the female victim and had been arrested Saturday for violation of a protection order. He was released on a $5,000 bond the next day.