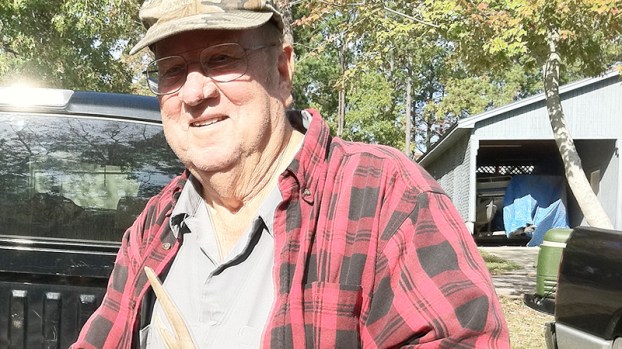 Thomas “Tom” Hilton Ivey, Sr. of Port Neches, Texas, went on to be with his Lord and Savior on April 12, 2021 at the age of 93 years old.
He was born in Grapeland, Texas on April 6, 1928 to Clara Jane Grounds and Thomas Henry Ivey.
He was preceded in death by both of his parents and his sisters Edna Goodnight, Minnie Ola Ivey, Robbie Audine Hart, Lottie Bell Mitchell, and his brothers Reverend LeRoyce Elbert Ivey and Thomas Eldred Ivey.

Thomas Hilton (Tom) and Mary lived in between Port Neches and Nederland throughout their marriage.

They celebrated 71 years of marriage before Mary went on to be with her Lord and Savior on March 2, 2020.

Tom graduated from Grapeland High School. After school, he joined the U.S. Air Force and was honorably discharged after his service.

He also graduated from Lamar Technical Institute. While he worked several jobs during strikes, he primarily worked at B.F. Goodrich rubber plant which then changed to Ameripol Synpol located in Port Neches, Texas where he worked and retired after 42 years. He was a member of the local union and always considered himself a “union man” where he fought for the rights of his fellow workers for many years.

Tom and Mary were long time members of First Assembly of God in Port Neches where Tom was a teacher, deacon, associate pastor and senior pastor on several occasions between other pastors.

Tom was super excited when he received his ordination papers and he was a life-long servant and disciple of Christ always putting God at the forefront of everything.

Besides getting the opportunity to preach many services at First Assembly, he had the opportunity to preach numerous weddings and funerals. Tom and Mary spent many hours fishing on Village Creek running trotlines, fishing in Bessie Heights Marsh on the Neches River, Hildebrandt Bayou and about any waterway in the State of Texas and across the nation including Mexico.

Tom also loved to hunt squirrels, rabbits, ducks, deer and other animals. He spent many hours in a deer stand observing the beautiful nature that his Lord provided to us all.

We have a feeling that he is already experiencing some of those great lakes in Heaven. Tom attended many ballgames of his children and grandchildren and was a huge supporter of all sports, but most of all he placed a greater emphasis on always putting God first in your life, your family second and other things to follow.

Tom and his siblings were known to be exceptional athletes where Tom was a sprinter in track (state finalist), played football and baseball and was also a boxer.

Tom and both of his brothers were known to have that “deep voice”. If he ever decided to raise his voice you knew you were in trouble, unless of course when he was behind the pulpit preaching where he was known to get extra loud at times.

We were blessed to have shared so many holidays, family birthdays and special times with this great man who was a son, brother, dad and husband to our family.

We cannot wait to see him in Heaven and we know he has already re-joined Mary, his relatives and friends. Tom always talked about hearing those incredible words as stated in Matthew 25, “Well done my good and faithful servant, enter into the joy of your master.”

And we have no doubt our Dad got to hear those words.

We would like to thank everyone (especially Sherry and Belinda) for their efforts in taking care of Tom these past several months when he was struggling with numerous issues.

Tom was able to recently celebrate his 93rd birthday with his family including his grandson Tommy who was also born on April 6th, though 73 years after Tom. We would also like to thank Bonne Vie and Compassion Hospice for taking care of him in his final days.

Heaven just received a special man and a believer in Christ who will touch the lives of many. So, today we celebrate the life of Tom Ivey as he would have wanted it no other way.

A Celebration of Life service for Rev. Tom Ivey, Sr. will be celebrated at 10:00 a.m., Saturday, April 17, 2021, at Melancon’s Funeral Home. Interment will follow at Oak Bluff Memorial Park in Port Neches.

Flowers can be sent to the funeral home.

Katherine Flores, 88, of Nederland passed away on Thursday, April 8, 2021 at her home. She was born on April... read more