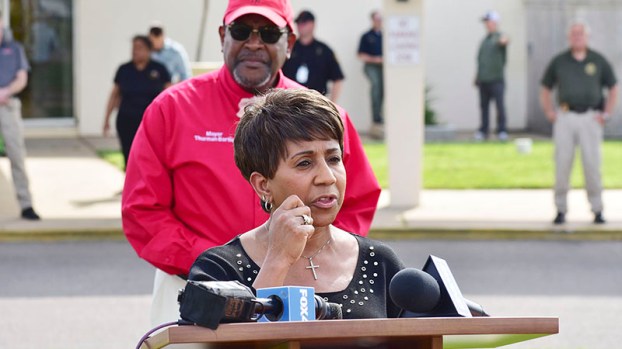 The Port Arthur COVID-19 vaccination clinic at the Robert A. “Bob” Bowers Civic Center will be closing this week, but will reopen in a building behind it.

The hub, which opened in February, will close Friday and relocate Monday to the Texas Art Museum (TAMS) building, 3501 Cultural Drive.

“We had planned to downsize after this month,” said Judith Smith, director of health services. “The Civic Center did have a couple of events planned, and we’re not seeing as many people as we were initially.”

Smith said when the hub opened, they were seeing between 700-1,000 people each day. The largest day brought in 1,300. And since opening, they’ve administered more than 24,000 first and second doses.

Downsizing will allow a large amount of the health department staff to return to their normal jobs, Smith said, and volunteer nurses will be helping administering vaccines.

But they plan to keep the hub open at least into the fall.

“The amount of citizens coming in will probably increase,” Smith said. “I know that Pfizer is doing clinical trials on children 12 and up.”

Pfizer currently is approved for people 16 and older. While the Port Arthur clinic primarily uses Moderna vaccines, they do occasionally have some Pfizer on hand. And if a 16-year-old comes in with a parent to receive it and they have it in stock, it can be administered.

Should the government approve the vaccination of children 12 and older, the clinic will order more Pfizer to accommodate the different age groups.

However, the vaccination site will remain separate from the health department for as long as possible.

“Eventually we will have to consolidate, but my whole plan was to try to keep the COVID vaccination clinic separate from the health department,” Smith said. “It reduces overcrowding, and keeps the vaccines away from children getting immunizations.”

Smith added anyone 18 and up who is getting vaccines required for school or college should wait two weeks after receiving a COVID vaccine.

PORT NECHES — The Port Neches-Groves High School students in Brittany Cozad’s class have no problem communicating. But you might... read more