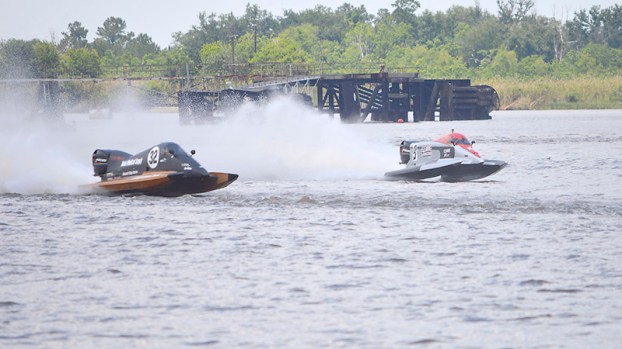 PORT NECHES – The boats are back in the water.

After taking a year off due to COVID-19 restrictions, Port Neches’ annual RiverFest extravaganza is back. No one is more excited to return to the river than the 2021 boat racers.

“We are so excited,” LeJeune said. “The community is excited. The vendors are excited. This is one of the first full-on events we’ve been able to have since last March, so we are more excited than ever.”

LeJeune said many competitors are ready to see friends and family again in a welcoming competition.

“They are excited to get back together,” he said. “It isn’t just a competition to these racers. They are like their own community. Yes, they compete against each other, but they are a tight-knit family. They constantly tell us that the Port Neches RiverFest is one of their favorite events, not only because of the set up, but because of the turn out and the Mid County community.”

This year is shaping up to be one of the biggest boater turnouts in RiverFest history.

“I don’t know the total boat turnout yet, but what I’m hearing is we might have more Formula 1’s than we’ve ever had before,” LeJeune said.

To put the amount of boaters in perspective, LeJeune said this is the first time RiverFest will host two tournaments instead of one.

The Formula 1 racers will have a winner on Saturday (May 1) and another full circuit on Sunday (May 2).

“Everybody wants to see the Formula 1 boats,” LeJeune said. “What’s unique about those boats is that they can go from 0 to 100 mph in four seconds.”

The first round of races begin on Saturday (May 1), starting with the smaller Formula 1 boats known as the Formula Lites.

There will be four types of boats.

The Formula 1 boats, the fastest category, are followed by the Formula Lites, which people use to practice being a Formula 1 racer.

In addition to those two, there are Tri-hull races, which LeJeune describes as bumper cars on water.

“They are a little out of control, but they are fun to watch,” he said. “Lastly, we have the J-Hydro’s.”

The J-Hydro is a small wooden boat used for children under 13 learning to race.

LeJeune is hoping for the best possible outcome and invites everyone out to watch the show.

“We are excited that we are on again this year,” he said. “We hope everyone come outs, and if you do, stop by and say ‘hi.’”

The power boat races take place with testing on Friday (April 30) from 3-5 p.m.

Passes are available this year for a behind-the-scenes experience to talk to Formula 1 racers and get up close and personal with the watercrafts.

For more information about the RiverFest, call the Port Neches Chamber of Commerce at 409-722-9154 or visit Port Neches RiverFest on Facebook.

After competing prior years in the Miss Port Neches Pageant, 17-year-old Graci Guilbeaux finally won her crown on March 27.

Thousands of people will participate in some form or fashion at this year’s Port Neches RiverFest, but the reigning mother of the year has a special group in mind.

After taking a year off due to COVID-19 restrictions, Port Neches’ annual RiverFest extravaganza is back. No one is more excited to return to the river than the 2021 boat racers.

PORT NECHES — For a pitcher in “the zone,” the game slows down, the strike zone widens and the pitcher... read more