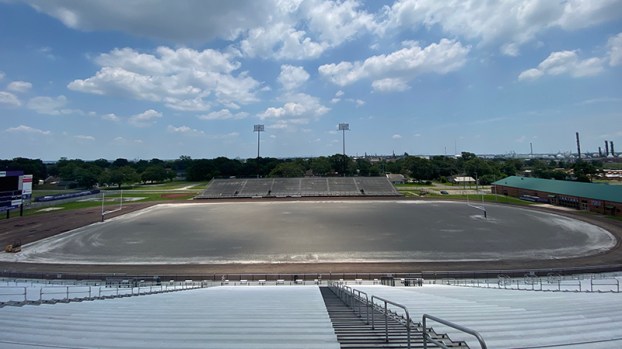 The turf has been removed from The Reservation as part of the several upgrades being made to the stadium this summer. (Chris Moore/The News)

Renovations underway at The Reservation – “It is an exciting time”

PORT NECHES — Renovations to the football stadium at Port Neches-Groves have moved practices to the grass for the near future as tractors remove the turf to make way for a new surface.

The track and scoreboard will also get new life.

“It is an exciting time at The Reservation,” PNG Athletic Director and football coach Brandon Faircloth said. “It is an exciting summer. We have had a great offseason so far and we are looking forward to August and getting back on the new turf.” 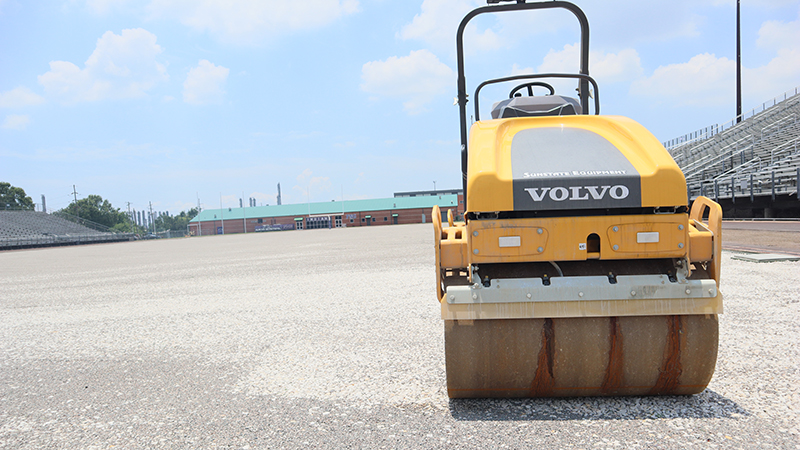 Jeff Bergeron, director of the district’s maintenance department, said during a recent school board meeting that the progress on the track is ahead of schedule.

“We have about four areas on the track that they took care and are not going to charge us anything,” he said of Hellas, who the districted contracted to make the repairs. “That was $20,000 that we were going to get hit.”

Bergeron also said Hellas made extra repairs to the football field at no cost.

“What we did find on the football field is that we had four soft areas,” he said. “That means the water gets under the rocks through the plastic, and that is not good. They fixed those areas for us and didn’t charge us. I think they are happy they are getting all of this work from us and are taking care of us.” 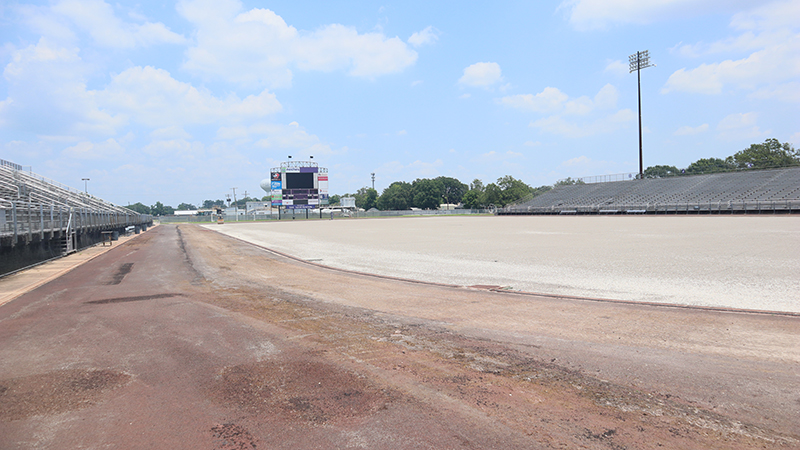 The district will also upgrade the track and jumbotron. (Chris Moore/The News)

The district contracted Hellas to make repairs at the middle school tracks, as well.

This is the second time the field has been replaced since the district made the switch from grass in 2007.

The district sued FieldTurf shortly after the turf began to dislodge from the ground. In 2012, the district made a deal with Hellas, which is based in Austin, to make repairs and have worked with them since.

Faircloth said he is happy that the district supports the athletic program.

“This is a special place for a reason,” he said. “We get a lot of support from the administration and school board. Our district supports every sport, not just football. To see it play out in our facilities is extremely exciting. The way they take care of our kids gives them an extra incentive to work hard and make sure they play well.” 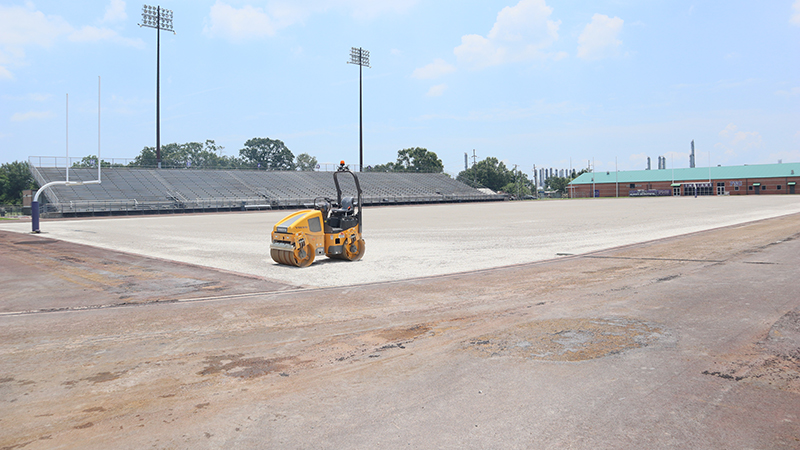 Crews came in and removed the turf last week and will lay down the new turf in the near future. (Chris Moore/The News)

Port Arthur returns the fun with Fourth of July fireworks

After a year off due to the pandemic, the city of Port Arthur and Lamar State College Port Arthur are... read more