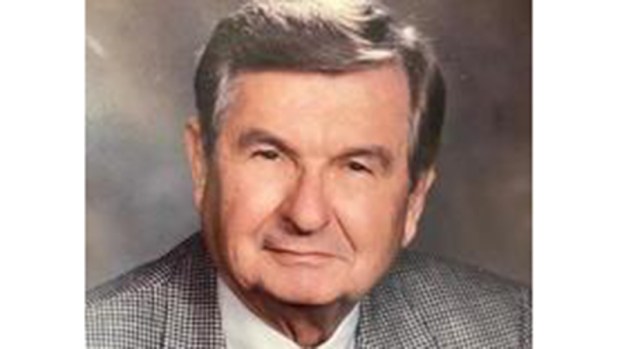 Von E. McReynolds was born on June 24, 1931 in Ottumwa, Iowa, to Martin and Dolores McReynolds.

He graduated from Port Neches-Groves High School in 1948, he then went on to graduate from Baylor University in 1953, where he majored in Geology.

In 1955, Von attended Lamar University in pursuit of a Masters of Geology and began working for
his father at Groves Equipment Rental Company.

In 1957, Von married Barbara Jean Youmans. Von was a Rotarian and served as President.

He was also a member of the Lions Club and was a Mason, remaining a member in good standing to the day of his death.

Von served on numerous boards while they lived in Groves, Nederland State Bank, First Bank and Trust and LNVA.

He purchased Groves Equipment from his father in 1965 and retired in 1996, but kept the company in the family by selling it to his son, Steven.

Von and Barbara moved to Katy, Texas in 2005 to be closer to the family ranch they purchased years ago in 1965, where they enjoyed many weekends and holidays with family and friends.

Von and Barbara cherished both the worship opportunities and friendships provided by Rosanky Baptist Church during their weekends at the Ranch.

In Katy, they made many friends in the Heritage Grand Community and the Cornerstone Sunday School class at Second Baptist Church, West Campus.

He was preceded in death by his wife, Barbara McReynolds; his brother, Ted McReynolds; and his parents, Martin and Dolores McReynolds.

Von is survived by his brother, Don McReynolds; and his three children, Steven and his wife Colleen, David and his wife Leslie, and Karen.

He is also survived by six grandchildren; and nine (soon to be eleven) great-grandchildren to whom he is “Duke.”

In lieu of flowers, the family requests donations be made to the Wounded Warrior Project at 4899 Belfort Road, Suite 300, Jacksonville, FL. 32256.