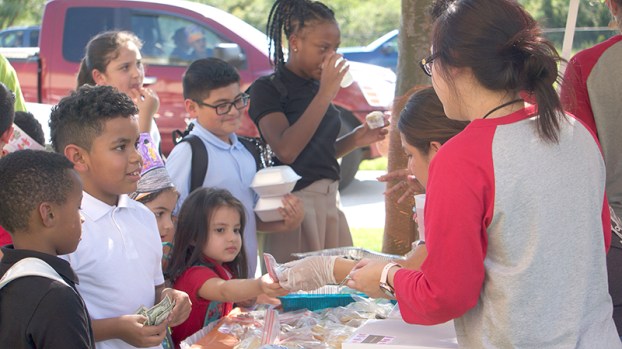 PAISD gets ready for all-virtual summer classes; next school year’s plan is under discussion

The decision may please members of the Texas State Teachers Association, or TSTA, which sent a release Wednesday criticizing the Texas Education Agency’s guidance for opening school campuses as early as June 1.

The TEA outlined the directions in response to Gov. Greg Abbott’s introduction of the second phase of reopening commerce in the state.

“With the COVID-19 pandemic continuing to rage across Texas, the health and safety of students, educators and our communities need to remain our first priority,” TSTA President Noel Candelaria said. “The pandemic has struck in the vast majority of Texas’ 254 counties, and more than 1,200 new cases were reported [Tuesday]. Fourteen people died of COVID-19 in Dallas County alone, a daily high for Dallas.

“By rushing to allow school buildings to reopen on June 1, less than two weeks from now, Gov. Abbott is creating an illusion that the worst of this health crisis is behind us,” Candelaria continued. “It is not. People are still getting sick and dying in large numbers, and reopening school buildings too soon will increase the peril.”

The number of COVID-19 cases in Port Arthur has remained at 60 since Sunday. Four from the city have died of the novel virus.

As for the start of the 2020-21 school year in the Port Arthur ISD on Aug. 17, Porterie said it has not been determined whether students will still learn virtually or return to campuses.

“We’re looking forward to the beginning of school,” he said. “We’re going to follow recommendations of state and local governments and the CDC [Centers for Disease Control and Prevention]. I know we’ll have to see how all of this pans out.”

A modified graduation ceremony for Port Arthur ISD seniors of 2020 will take place June 6, starting with a private ceremony from 8:30-9 a.m. at Memorial Stadium, followed by a parade starting at Memorial High School at 10 and graduates walking across the stage to receive their diplomas after the parade.

But the senior class, which won’t have a traditional indoor commencement due to the pandemic, didn’t have to wait until then for a few words of encouragement.

Lt. Gov. Dan Patrick called on a number of celebrities, most of them either with Texas ties or in-state athletes, to send their best wishes to all Texas seniors in a 7½-minute video released Wednesday.

“It’s a big deal to be the class of 2020,” Patrick said. “Years and years from now, they’ll be asking you about what it was like during this time when you graduated.”

“You have been destined to be well, run well and do well and leave your mark,” former Cowboys wide receiver Michael Irvin said in the video.

Texas high school athletic programs are waiting to hear from the University Interscholastic League on when they can start practicing... read more