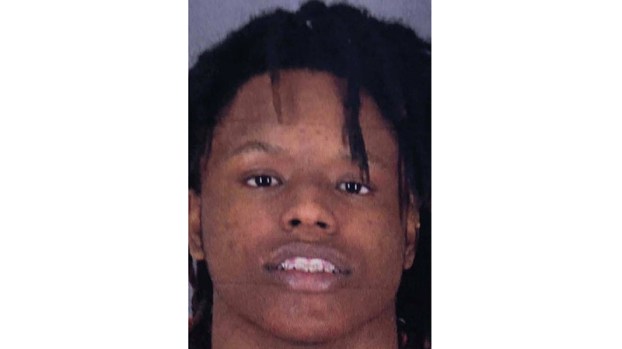 OPELOUSAS, La. — A 20-year-old Port Arthur man wanted for murder was arrested Saturday in Louisiana, according to the Opelousas Police Department.

Neveaux is wanted for the April 15 robbery-turned-fatal-shooting of Jaylon Howard, 26, at Valley View Estates in Port Arthur.

Neveaux was taken into custody at a home in the 1100 block of West Grolee Street in Opelousas.

During the arrest of Neveaux, officers said they located 2,031 ecstasy pills that belonged to Neveaux.

Neveaux was booked into the St. Landry Parish Jail on the homicide warrant until an extradition hearing can be held.

Also charged in the investigation is Chante Grogan, 18, of Port Arthur, after police said she played a part in aiding Neveaux run from authorities.

Grogan was booked into the St. Landry Parish Jail for accessory after the fact to a homicide.

Port Arthur Police Chief Tim Duriso said Valley View is a gated community, adding at the time of the killing he was not sure how the assailants gained entrance.

A witness told police several people wearing masks and armed with guns forced their way into an apartment at about 10:22 p.m. April 15.

A further description of the suspects such as gender, clothing or number of suspects is not being released, Det. Sadie Guedry said at the time, adding only that there were “multiple unknown subjects.”

Howard, a Port Arthur resident, died at the scene from a gunshot wound to the upper part of his body.

No other occupants of the residence were injured during the assault but police did not say how many other people were there at the time.

Howard’s death was the second homicide in the city this year.

Port Arthur man in critical but stable condition after shooting

A Port Arthur man is in critical but stable condition following an aggravated assault on Thursday. The Port Arthur Police... read more