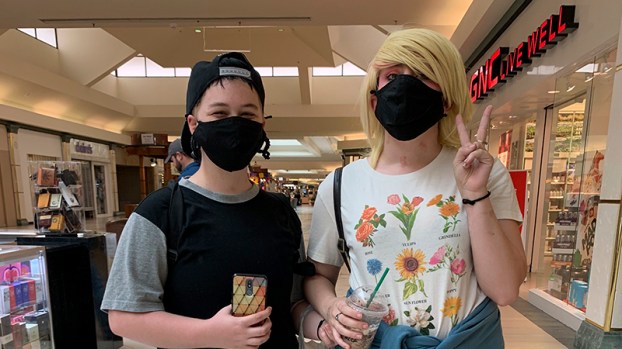 BRAD ROBICHAUX — Don’t mistake the reason for the mask

I once asked coworkers if they had ever felt the same way I sometimes do when I see another person wearing a facemask.

I don’t think they do, but I’m not so sure I’m the only one that feels this immediate reaction.

There’s just something about them. There’s something about wearing a mask like that, which causes them to act a little like a message, first and foremost indicating the mask-wearer is trying to protect himself or herself from something hazardous that could be inhaled.

It’s deeper than that, though. Masks like these are worn in public, but they’re not worn while outside in relative solitude. No, these masks are worn in the presence of people.

Remember that hazardous something that could be inhaled? It turns out it comes from people, from us, from you and me.

That’s the root of my reaction. People are wearing those masks because I’m here! What’s so wrong with me that people feel the need to wear a mask like that?

The answer nowadays is abundantly clear — COVID-19, of course.

I don’t have this line of thinking very often, and not since mask-wearing became one of the best ways of fighting the pandemic. When I do, I always remember the very real reasons why I see people wear their masks, whatever those reasons may be in whatever circumstances, and I try not to let it bother me.

Facemasks are meant to act as a means of source control. When we talk, shout, laugh, cough or sneeze, air and sound aren’t the only things that escape our mouth. Lots of contagious viruses are carried in respiratory droplets that are light enough to travel in the air and breathed in by other people.

A facemask will do a little to help keep some of this bad stuff out of you, but it works to keep what you have away from everyone else, too, by providing a simple barrier for the droplets that emerge from your mouth and nose.

In this instance, if there actually is something hazardous coming from me, I’m really the one that is supposed to be wearing the mask to keep it from spreading to other people.

There’s something else to remember, too. What makes COVID-19 especially nasty is the possibility that someone without symptoms, or someone who doesn’t even know they have the virus, could still spread it.

I feel fine. I haven’t been tested, mostly because I haven’t exhibited any of the symptoms, so I haven’t seen the need to do so, and tests aren’t unlimited.

I’m well aware, though, that this doesn’t mean I can’t be a carrier, or someone infected who just hasn’t shown symptoms yet. I hope I don’t, I hope no one does, but I’m erring on the side of public health and common courtesy.

I don’t want to infect anyone, and that’s why I’m going to wear a mask. Keep that in mind when you see people wearing them. We’re wearing them not for our own sake, but for everyone.

Brad Robichaux is a reporter for The Port Arthur News. He can be reached at brad.robichaux@panews.com.

The year was 1962, as Bart Bragg remembers when, as a 15-year-old boy, he answered an important question posed by... read more