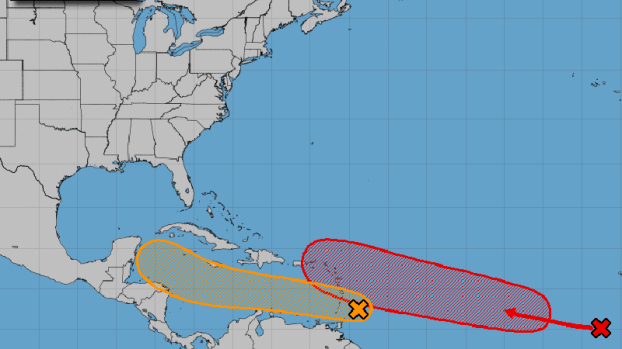 The National Hurricane Center is monitoring two tropical waves in the Atlantic Ocean.

According to the National Weather Service, the first tropical wave, nearing the Windward Islands, has a 50 percent chance of becoming a tropical depression late this week or weekend in the Caribbean Sea.

Warning Coordination Meteorologist Roger Erickson this system could be in the Gulf of Mexico by early next week.

The second tropical wave, far out in the Atlantic, has a 70 percent chance of becoming a tropical system later this week as it approaches the Caribbean Sean.

Texas gas price are going up. See how much.

For the seventh straight week, the national average price of gasoline has stayed in a range of less than a... read more