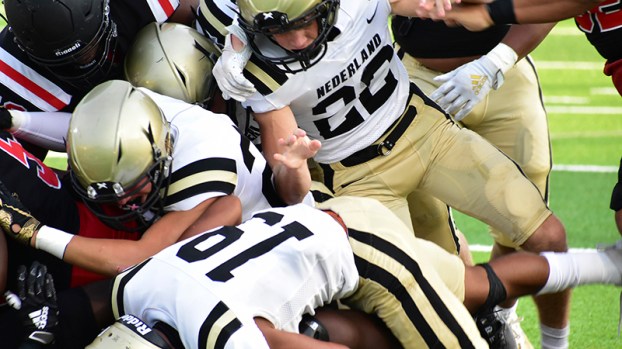 The game was scheduled for Friday evening at Sam Houston State University, which shares its home field (Bowers Stadium) with Huntsville High School.

“I hate it for our kids,” Barrow said. “They have been working since back in June. They were looking forward to playing football games. For our seniors, this is their last year. You hate that something that is out of your control is causing that.”

Barrow said the decision was made out of an abundance of caution.

“With the number of positive tests we have and the number of kids that are still in quarantine, we just felt it is better for us to get a grip on the spreading now,” he said. “Putting kids on a bus for two hours there and two hours back — our No. 1 priority is safety. It was the safest thing to do that the district decided on.”

While Barrow did not say how many players tested positive as of noon Wednesday, he said the number was concerning.

NISD said there are 19 confirmed active cases at the high school.

“It’s a number that is high enough to be concerned about with how fast it spread in the last couple of days,” Barrow said.

He said none of the coaches have tested positive or are in quarantine.

Barrow, who is also the athletic director, said he did not anticipate any other teams at the school canceling their next events at the moment.

Information for those who have purchased tickets via Huntsville ISD’s website will be distributed as soon as possible, Barrow added.

Memorial head coach Brian Morgan said there are no plans to cancel the Titans’ season opener against Port Neches-Groves.

Huntsville head coach Rodney Southern said he has been on the phone with a few teams since the game was canceled.

“We may still play if we are able to schedule one,” he said. “At this point, we need to play. We may make it a scrimmage or we may play in a real game. I don’t know.”

Nederland’s volleyball match against Goose Creek Memorial has been postponed until Thursday due to potentially hazardous weather from Tropical Storm... read more