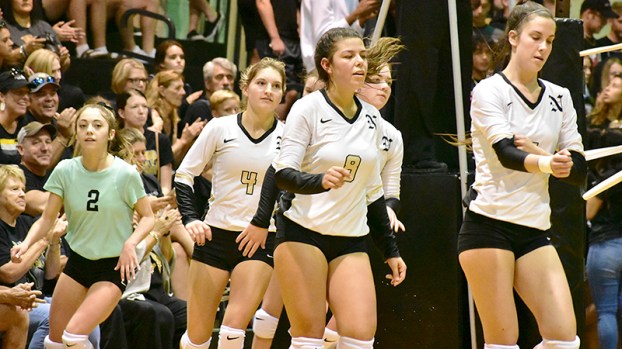 The Nederland varsity volleyball team has two new opponents for Friday after a couple of cancelations left a void in the Bulldogs’ schedule.

The Bulldogs will play Whitehouse and Lufkin in Lufkin on Friday, head coach Allie Crommett said.

Crommett had to find more opponents following Crosby’s announcement of a district-wide shutdown after 10 students were diagnosed with the coronavirus. The Bulldogs also canceled their match at Jacksonville, which was originally scheduled for Saturday.

Crommett said she was happy to fill the hole in the schedule because the void would’ve left the Bulldogs without a game for more than a week before playing a District 21-5A match against Barbers Hill on Tuesday.

“If we play these teams on Friday, it gives me another chance to see where our holes are and what we need to work on,” she said. “Then, Monday, we can go into practice and work on things that could be a weakness for us. I feel like not having a game puts us in situation where we can come out flat.”

Nederland is coming off a 3-2 loss to Pasadena Dobie on Saturday.

“The first two sets, we played as well as we could’ve and were up 2-0,” Crommett said. “Then, we relaxed a little bit. I have been trying to make them understand that we can’t take any points off and play each point as well as we can whether we are up 2-0 or down 0-2.”

Crommett said she is paying attention to Hurricane Delta, which could impact the status of Friday’s matches. As of Wednesday afternoon, the schedule had not changed, she said.

Sarah Grove put together an impressive performance, with seven kills and 10 digs.

Morgan Louvier also put together an impressive game on the stat sheet with seven aces and eight assists. Rylee Jojas had a team-high 11 assists.

PNG will try to play at Beaumont United on Tuesday.

NEDERLAND — During Friday’s 31-28 loss to Lufkin, Nederland defensive back Kyndon Fuselier jumped a route and had a ball... read more