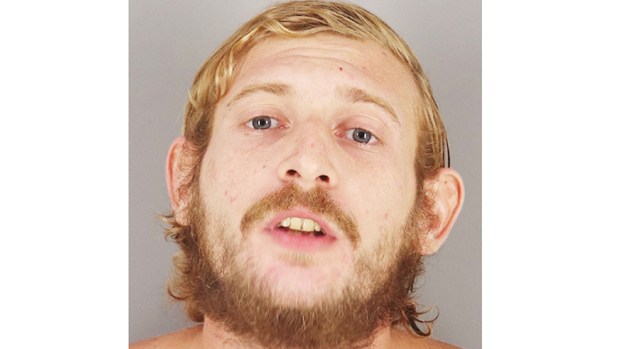 A transient who reportedly walked down a Port Arthur street swinging a machete at cars and street signs July 24 and subsequently fought with the arresting police, threatening to kill them, has been indicted.

The suspect, identified as Tracy Allen Gregory, 26, was indicted by a Jefferson County grand jury this week for two counts of assault on a peace officer, second degree felonies and one count of harassment of public servant, a third degree felony.

According to the arrest warrant, Port Arthur Police were dispatched to the 500 block of 10th Street in reference to the man with the machete. Officers located him walking westbound in the 3700 block of Seventh Street.

The man was detained and allegedly started ranting that he would not talk to officers. He placed his hands in the shape of a pistol and pointed it at one officer and said, “You’re gonna get shot in your (expletive) head,” and then said “If you take me to jail you die today,” according to authorities.

Officers attempted to calm the man down but he refused to calm down or cooperate and made repeated threats against officers, police said.

Due to the threats to kill and harm other officers, the officers attempted to place him under arrest and he began thrashing his body around, violently kicking his legs and placing his arms underneath himself, refusing to comply with commands to stop resisting.

Police were able to get him in handcuffs and had to carry him to a police car as he continued to thrash violently while screaming for them not to take him to jail.

Gregory continued his behavior, locking his legs out in front of him and refused to get in the passenger compartment.

He had his leg braced against car seat and one of the officers “had to strike him in the back of the leg to break the tension and place him in the rear seat.”

Gregory continued thrashing around and an officer attempted to place a leg hobble on him to prevent him from kicking. While doing this, Gregory turned and kicked the officer in the chest four to five times with both, feet causing pain.

The fight to arrest the man didn’t stop, police said.

The suspect reportedly used his knee to strike another officer in the chin as she was trying to restrain him from behind.

Once secured, Gregory leaned around the edge of the Plexiglass partition and spat a mixture of blood and mucus into an officers’ face, then leaned over and tried to do the same to another officer.

Police had to stop and re-secure Gregory as he was violently kicking the Plexiglass partition and when an officer went to remove him from the back seat to hobble his legs again, he intentionally spat another mixture of blood and mucus onto an officer’s face and person.

He was finally subdued and hobbled again and brought to the Jefferson County Correctional Facility.

GROVES — Doye Tomplait has fond memories of riding his bike on hot summer days and stopping for a drink... read more