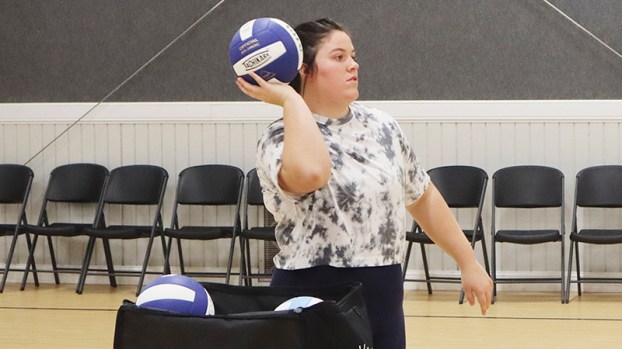 The Lady Lions dropped three straight games, 25-15, 25-10, 25-11, at the George Gervin Academy. The match was the second game between the two teams in the round-robin styled tournament.

“We didn’t play our best,” head coach Hannah Jones said. “The other team was really good. They had a middle and an outside that, both, had D-1 offers. We also didn’t play to our full potential.”

Despite the performance, Jones said she was proud of her team and their season.

“I told them they cannot be upset at the outcome of that game,” she said. “I would’ve loved to have played to our full potential to see where we were against bigger teams like that. We went to that tournament last year and didn’t win a single game. For us to go in and win was exciting.”

“Those are 3A schools and we split with Bob Hope,” she said. “They are in our TCAL district, which is why we were first in 2A. We hung with Spring Legacy. One of our games was 26-24. We know we have the potential.”