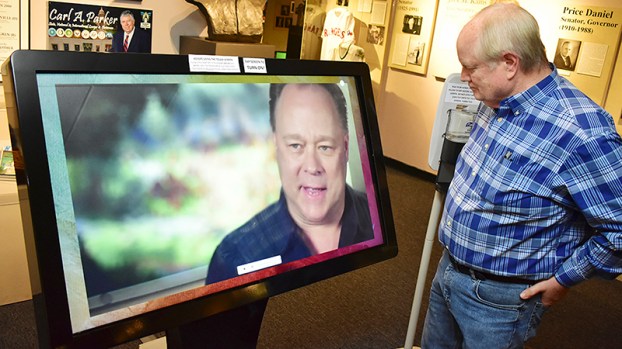 It may be a tall order for some museums, but if one doesn’t do the slightest bit to make history come alive or engage the attention of all ages, then it’s really just a house of displays.

Tom Neal, 67, is a Port Arthur lifer, so he’s (been) perfectly qualified to bring the Museum of the Gulf Coast to life.

“The most valuable role this thing can play locally, and regionally, is that the kids come here for free and we inspire them,” Neal said. “Why do you think all these people who’ve been here all of their lives — they [hall of fame inductees] slept where they [young visitors] sleep, they ate where they eat” — are celebrated in the museum, he posited?

“We let them know at the very outset right where you’re from is where they started,” Neal answered. “They found a talent, something they like to do. They work with their parents and their friends and teachers. They hone their abilities in their talent area, but also how to climb this thing. The worst-case scenario, if you paid attention to what’s going on here, is you’ll just have a better life, find a way to organize better and go forward. That’s every kid.”

That’s why Neal does what he does. All we have to do is discover for ourselves.

The mission is probably also emblematic of why Neal has engaged in so many civic organizations throughout his working life and faithfully served the students at Lamar State College Port Arthur for 37 years, from administrative assistant to the dean to vice president for student services.

“When students finish up with you and they have to transfer to another school, they go away for a semester and come back, they say, ‘I wish I could come back here,’” Neal said. “It was not because it’s easier. It’s because we treated people with a sense of dignity.”

That’s called sharing a working life on Procter Street well lived with others.

Before I could inform Neal why I paid him a visit, he took me to a music wing that resembled a 1980s set of the classic dance program American Bandstand. The disco ball was spinning, the neon dots were twirling and the museum’s logo was spinning.

Seriously, someone could have cut a rug — or carpet — on the second floor. (All that was missing was Dick Clark.)

After taking 21 minutes to learn about Neal’s life steeped in Port Arthur, he then showcased another big addition to the floor — an interactive kiosk highlighting Notable People Hall of Fame members.

One guy Neal’s especially proud of is Kelly Asbury, the Disney cartoonist from Beaumont who died of abdominal cancer this past June at age 60.

The biggest life lesson, Neal verbally highlighted, Asbury learned came after his father, a World War II veteran died from cancer when Kelly was 12. “I think what that did was really instill in me early on that I was going to have to grow up. My mom did instill in me that, anything you want, you’re going to have to work for. Anything you want is not worth having unless you work for it.”

During the sit-down, Neal recited exactly what Asbury said.

Now, why is that?

People who lead profound lives leave profound thoughts on you and me, and whether Neal knows that or not, that’s what he wants you to know when you visit the place he — and so many others, he would credit — worked hard to make come alive.

Holly Days fundraiser benefits those most in need; see how you can help

Holly Days and Jingle Bear are back for their 32nd year of raising money to help brighten the holidays of... read more