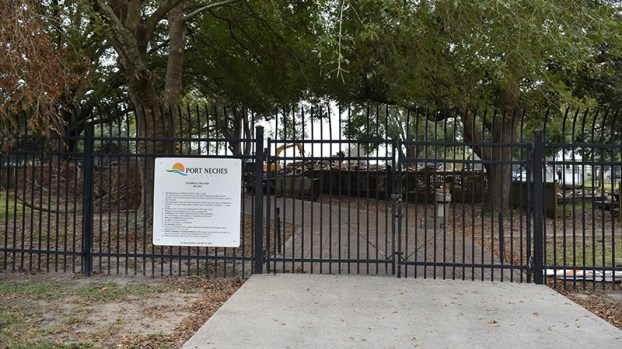 Four years ago I had the privilege to be assigned to the opening of the time capsule at Tugboat Island as the community celebrated its 20th anniversary.

I wasn’t a reporter when volunteers constructed the park over the course of 11 days in 1996, but I learned of a lot about the community spirit that went into planning and building one of the largest parks of its kind between Houston and Lake Charles.

Resident Connie Seal was one of the co-chairmen who worked to bring the park to reality. When I spoke with her in 2016, she recalled how exciting opening day was.

“On that day the entrance was barricaded off and we, the five co-chairpersons, stood at the top rail. I could look out and see the huge crowd,” Seal said in the 2016 interview. “They cut the ribbon and the kids just poured in there. They covered the playground in 60 seconds.”

Zuetta Pinkston, Weida Philpott, Jane Kubitz, Glenn Johnson and Seal were the co-chairmen who enlisted the help of their partners as they began to formulate a plan.

Students at Woodcrest and Ridgewood elementary schools in Port Neches helped design the playground they would one day play on, and planning meetings were held on a regular basis.

The group learned they would need approximately $200,000 in donations to bring their dream to fruition — a task they took on.

When the donations were gathered, they all went to work. Some would sort screws or perform sanding while others took on bigger jobs.

Before he was mayor of Port Neches, Glenn Johnson worked as general coordinator of the project. During the 20th anniversary ceremony he spoke to the crowd about the community spirit that went into the massive undertaking.

“The day before we started construction, a guy told me ‘You won’t get any volunteers,’” Johnson said.

Upwards of 1,500 people volunteered to construct the playground.

“We did (have volunteers),” Johnson said. “They came from all over.”

The park has served more than two decades worth of children and was not in good shape structurally when it was shut down due to COVID-19 restrictions.

Port Neches resident Rita Morgan knew the park needed repairs and wanted to raise money for them. Then she learned what needed to be done and its cost. She has now started raising funds for a total rebuild of the playground and has the city’s blessing.

Volunteers are stepping up, such as George Ballew of GB Demolition and Dumpsters, who donated his time and service to remove the large wooden playground.

Morgan is ready to work on this community project so other generations of children can experience the fun.

Mary Meaux is a news reporter at The Port Arthur News. She can be reached at mary.meaux@panews.com

As the holiday season takes hold, many are simply thankful 2020 is nearing the end. For many, that is a... read more