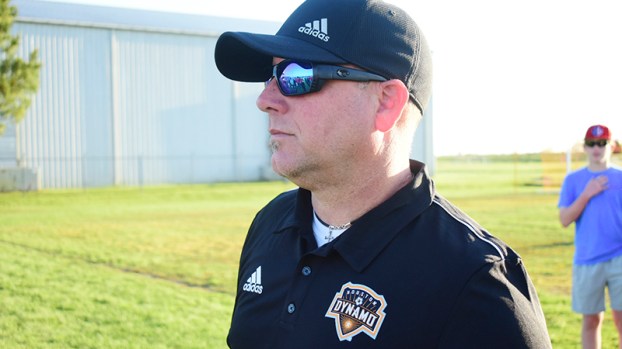 Bulldogs soccer looking to “prove it on the field”

Going into spring break last year, the Nederland boys soccer players believed they had a shot at a special season. With their sights set on a district championship and a deep playoff run, none expected the coronavirus pandemic would end their season prematurely.

The team never returned from spring break after schools across the nation shuttered. With the number of positive tests and deaths increasing each day around the country and in Texas, in particular, head coach Keith Barrow said he is aware that season can, again, end at any moment.

He has used the sentiment to motivate his Bulldogs to play each game like it is their last, because it very well could be.

“That is something that we try to stress every year,” Barrow said. “We hope the seniors realize that this is it. Some of them will never step on the field again. It has a little more riding on it for them. You want them to have that leadership and play like every game could be their last game. With COVID on top of it, we could be missing two or three players at any given time.

“We’re glad to be out there. We have a good senior group, and a lot of them have been on varsity for four years. We are expecting big things out of them.”

“Evan Whitehead is a defender and gives us a lot of speed in the back,” Barrow said. “He brings a lot of physicality. He is real strong in the air. He is paired up with Diego Aviles, who is a three-year starter. He has been really good for us. We also have Cooper Slott and Payne Barrow in the midfield.”

Barrow said he is excited to see what freshman Diego Enriguez brings to the team. Enriguez moved to Nederland from Louisiana, Barrow said.

“He is new to the area and stepped in really well,” he said. “He plays a lot of club ball. He is green to us but not green to the game. We expect a lot of big things out of him.

“We’re a little behind where we wanted to be, which we figured with the football team going deep into the playoffs,” Barrow said. “We got some of those guys back. We didn’t practice over the break. We didn’t want to get together and have the chance of spreading corona anymore than we needed to, and the kids needed a break. We’re a little behind, but we are making progress every day.”

Barrow said the goals are the same as last year.

“We are trying to take it game by game,” he said. “We are not trying to look too far down the road. We do keep the end in mind. Our first goal is a district championship. We believe that is in our reach. Having that bad taste in our mouths from last year with not getting to finish, we are hoping it works out this year and we get to prove it on the field.”