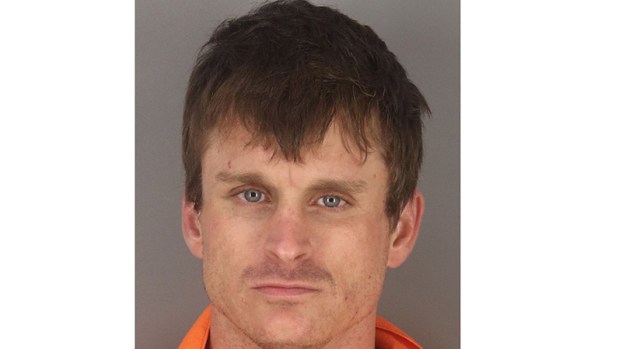 A 35-year-old Beaumont man was indicted for what law enforcement described as a drunken assault where he reportedly punched a handicapped senior citizen.

Patrick Earl Bourgeois was observed as unsteady on his feet with the strong odor of an unknown alcoholic beverage emitting from him when a deputy with the Jefferson County Sheriff’s Office arrived, according to the affidavit for arrest.

The call to the home in the 8200 block of FM 365 was for a disturbance and it was noted several people were screaming in the background and the disturbance was possibly physical.

Bourgeois was temporarily detained in the rear of the patrol unit while the deputy went inside the home and saw items scattered on the floor. The homeowner, age 66, and Bourgeois’ girlfriend told law enforcement Bourgeois “went crazy because he had been drinking.”

The boyfriend and girlfriend reportedly began arguing outside when the male came home drunk.

Law enforcement said during the argument Bourgeois made a threatening statement to the female as the argument moved indoors.

The suspect was said to begin destroying the home and when the female tried to stop him, he shoved her to the floor.

The homeowner was sitting in his wheelchair and attempted to intervene when he was struck on the top of his head with a closed fist. The deputy noted a large red bruise on the homeowner’s forehead and his lip was partly swollen and busted.

The homeowner told the deputy the injuries to his face were from the night before when the suspect struck him with a closed fist twice. There was also a knot on the top of the victim’s head from where he stated Bourgeois struck him that evening.

To prevent further violence in the household Bourgeois was arrested and taken to the Jefferson County Correctional Facility.

Upon arrival, jail medical staff advised the deputy that due to Bourgeois’s level of intoxication he needed to be medically cleared at the hospital. He was then brought to The Medical Center of Southeast Texas, where he was cleared, then taken back to the jail without incident.

Bourgeois has since bonded out of jail.

“Absolutely.” That’s how Todd Dodge answered the question as to if he takes anything away from his time playing for... read more