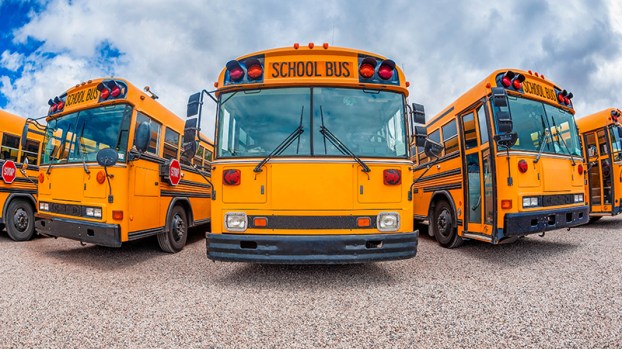 The driver of the school bus slowed to make a right turn onto McDermitt Road when it was rear-ended by the Dodge.

For an unknown reason, Strickler rear-ended a Hardin-Jefferson Independent School District school bus earlier on US 90 in Jefferson County.

All eastbound and westbound traffic lanes of US 90 have reopened to traffic.

This remains an ongoing crash investigation.

At this time, the driver remains entrapped inside the vehicle, authorities said at 9:30 a.m. Monday.

The driver of the school bus was taken to a local hospital with minor injuries.

At the time of the crash, there were 11 students on the school bus.

After being medically evaluated at the scene, all students were transferred to another school bus and safely transported to school.

All information is preliminary as troopers work to determine the exact factors that contributed to this fatal crash.

Texas gas prices fall in past week. What does that mean going forward?

Last week was a mixed bag for consumers at the pump as gas prices in half of states rose, while... read more