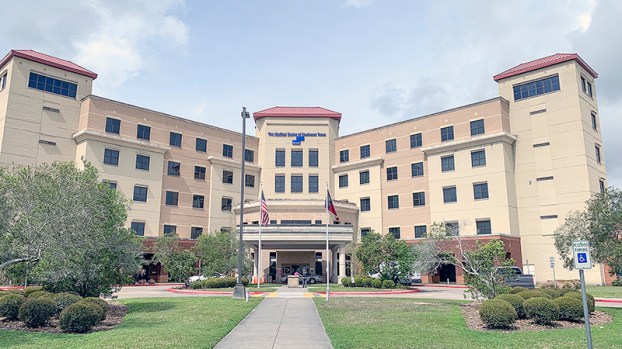 The Medical Center of Southeast Texas

In the past two weeks, I’ve spent a considerable amount of time at The Medical Center of Southeast Texas. Not as a patient, but to be present for a number of celebrations and awards.

They honored a doctor who has spent 40 years serving Southeast Texas. They applauded EMTs who saved seven lives during February’s freeze. And Wednesday morning, the staff lined the halls and clapped as a 21-year-old COVID-19 patient who had spent nearly four weeks in the hospital — most on a ventilator with no real hope in sight — was released to go home.

And being there to watch the celebrations, I couldn’t help but cheer, too. I owe that facility a great amount of gratitude.

In 2007, I had my youngest son there. Because he was a Caesarean delivery, it was difficult for me to move much in the days that followed. But I was pampered by the nurses who not only helped care for me, but helped me with my son as he slept soundly next to my bed.

It was about a year later when that child developed pneumonia, going from a low-grade fever to nearly 105 degrees within minutes. I rushed him to The Medical Center, where we would spend the next week.

The first three days were some of the scariest of my life, as my child lay in an oxygenated tent without opening his eyes. I wasn’t aware how carefully he was being monitored until I woke at 2 a.m. to a team of nurses rushing into the room, peeling off the tent and covering the baby in cool cloths. His temperature had shot back up to dangerous levels, and not a minute was wasted to bring it back down. And because he and I were asleep, I would have never known.

That baby boy eventually became a fearless toddler that decided to jump from the top of the stands at the softball fields, landing headfirst on the concrete. Within two minutes of arriving in the emergency room, he was strapped to a gurney with his head immobilized. And from then on, every machine was brought to us to keep from moving him. We were headed back home within half an hour.

Three years later I was back in the emergency room with his older brother. The 8-year-old had been suffering from extreme stomach pain for weeks, and had been diagnosed at a different facility with a stomach virus. But as the medications failed to provide relief, I brought him to The Medical Center. And within an hour we were in an ambulance headed to Texas Children’s Hospital in Houston, where we were already expected and registered.

My young son didn’t have a stomach virus; he had been trying to pass a 5-millimeter kidney stone.

My oldest was a football player. His 9th grade year, we watched from the stands as he went helmet-to-helmet with another player. The child that played on offense and defense then walked to the sidelines for the first time in the game and went to sit on the bench. But he was unable to find it. The coach called his dad from the field and said we needed to take him to the hospital. He was struggling to communicate verbally and seemed to have no concept of what we were saying. But again, the staff at The Medical Center evaluated and treated his concussion, and then set him up with follow-up evaluations.

And then there was me.

I have suffered from migraines for as long as I can remember. My grandmother did too, so I passed it off as a hereditary condition that I would just learn to live with. But in 2008, I also started suffering from symptoms that mirrored vertigo. I was constantly fighting off dizzy spells, occasionally walking into walls. When I became almost unable to move, I went to the Port Arthur hospital for help. And it was there that I was diagnosed with a rare brain malformation that ultimately put me in front of a neurosurgeon. While I opted not to have surgery at that time, I now know I wasn’t suffering from migraines, and that I’ll have to monitor my condition for the rest of my life.

Walking through the halls of the hospital this week was bittersweet. While it reminded me of so many terrifying times, it also reminded me that I live 10 minutes away from people that have quite literally saved my family more than once.

Monique Batson is the Port Arthur Newsmedia editor. She can be reached at monique.batson@panews.com.

Senior citizens in Port Neches are rejoicing at the fact the Senior Center has reopened. The doors to the facility,... read more