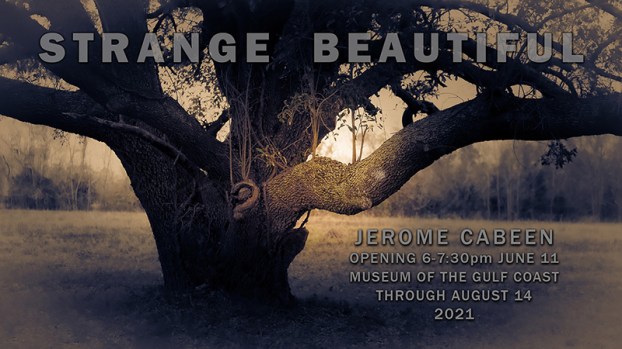 A celebration of Strange Beautiful kicks off Friday from 6 to 7:30 p.m. at The Museum of the Gulf Coast. (Courtesy photo)

The Museum of the Gulf Coast is the setting for Strange Beautiful, a photographic journey of nature in the southern U.S.

Cabeen said this is his third solo exhibition in the last year-and-a-half and his first in Port Arthur. While the other two shows focused on his international travels, living abroad and the people he comes across, this exhibition is a divergence from the regular theme. 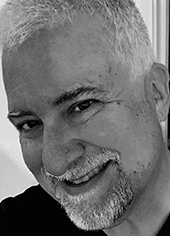 “This focuses on nature and focuses only on journeys through the forest, the desert, the savannah and lowlands of the Gulf Coast,” Cabeen said.

Other than one international photo shot in Iceland, the remaining pieces are from along the southern U.S., from Mississippi all the way to New Mexico. And some photos were taken in Port Arthur.

Cabeen comes from an artistic family. His father was a renowned architect, and his mother an accomplished oil painter.

His earliest memories are filled with the smell of turpentine permeating his Southwest Houston home and the sight of an easel and canvas or drafting table ready for use.

Music was a big influence on his formative years.

“Art and music, rhythmic colors of paint and pencil-these are the dimensions of my youth,” he said. 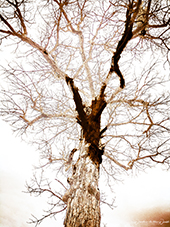 The Tree of Life by Jerome Cabeen

Cabeen took “Strange Beautiful” from a lyric out of the Jimi Hendrix’s song, “Third Stone from the Sun.” Hendrix sings, “Strange beautiful, grass of green, with your majestic silver seas. Your mysterious mountains I wish to see more closely….”

Cabeen is a graduate of Sam Houston State University with a bachelor’s degree in fine art and he taught art in Houston for many years. He also has a master’s degree in pastoral ministry/theology from the University of Dallas.

Most artists, regardless of the art they are involved in, likes to focus on a certain thematic element.

For Cabeen, that theme is his travels and of living overseas.

“I really feel like I want to incorporate everything I see. Everything touches me spiritually in a certain thematic elemental of art,” he said.

The elemental side of photography came naturally for Cabeen — framing a photograph, the balance of a photograph. He called it innate.

As an artist he’s cued in to one particular element.

“The humanity I come across. The people that I am able to meet, able to interact with. The people in their lives, their stories. That’s what motivates me and moves me as a photographer,” he said.

Cabeen has lived in Central America and West Africa for six years and since 2004, has visited 35 different countries.

He feels he has been deeply shaped, challenged and changed by all this world has to offer. He also cites the “eternal photographers such as Ansel Adams, Dorothea Lange, Edward Weston, Alice Mann, Martine Barrat, our own Keith Carter, and my mentor and guru, Jim Turner as the incredible photographers that have left enduring fingerprints on my mental lens,” according to information from the Museum. 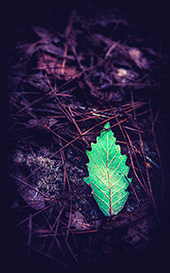 The artist’s interests include Buddhism of which is an influence in the current exhibit.

According to information on Cabeen, the natural world is important to the Buddhist, and the idea that everything is connected, thus we are all part of the greater whole, resonates deeply within him.

“When I am hiking through nature or feel the tidal surge from the ocean baptizing me once again, it is there that I encounter the Sacred Divine,” he said. “It is a communion that goes beyond words. This show is wordless, speechless communications from something entirely bigger than myself or my cameras.

“These images are from New Mexico, Mississippi, Louisiana, and Texas . . . our Texas, the right side of the state. It took me a good piece of time to select the final images for this show. However, each one means something incredibly beautiful to me. Each tells a story. Each is you. Each is me. It is strange. It is beautiful.”

Luis Ceja and his siblings worked in a plaza called El Garibaldi in California 21 years ago. There, they developed the concept of a bar, restaurant and a 24-hour taqueria. “My oldest brother was... read more