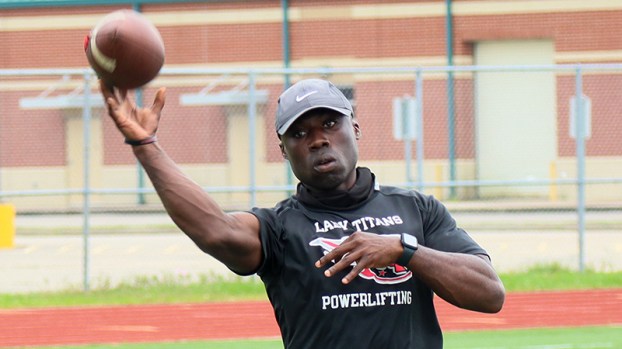 Last season, Memorial’s defense drew a lot of attention for being the most dominant in the district. The Titans allowed the fewest yards per game and earned the largest turnover ratio.

The Titans’ offense was just as impactful, which led to the school’s first undefeated regular season in school history.

This fall, the Titans will return 7-8 starters on the defensive side including University of Texas commit Jaylon Guilbeau and District 9-5A Defensive Player of the Year Christian Thomas.

The Titans offense is also returning key starters such as district MVP Jah’mar Sanders and running back Adrian Hayward.

“Even though we have holes to fill with the guys we lost last year, we feel confident in the guys we have coming up,” he said. “The guys that are replacing those guys played last year, so they have experience.”

Sanders and Colquitt said the offense benefits from practicing against the Titans defense.

Colquitt is excited to see some of the new guys step up.

Sanders believes the newcomers will elevate the team.

“We had JV guys with varsity talent,” he said. “I just think we have receivers now that have stepped up and filled the roles.”

The district MVP expects the offense to stay as dominate as it was last year.

“This year, we have more playmakers,” he said. “We have new people stepping up that have potential to be a big factor on the field.”

Bulldog Stadium upgrades enter Phase 2; see the plan for this summer & beyond

NEDERLAND — Nederland’s Bulldog Stadium is undergoing upgrades to the facility this summer in preparation for the fall football season.... read more