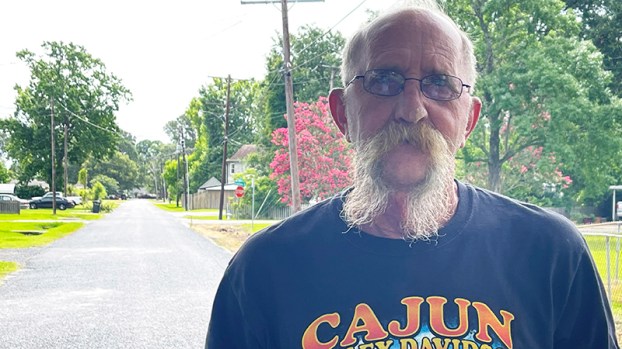 PORT NECHES — Michael Roam was standing on his porch 25 years ago, talking with a neighbor, when he heard the screeching sound of brakes.

“I look up to see my son got hit by a car,” the Port Neches resident said. “It traumatized me and my wife more than it did him. (The driver) wasn’t going fast. Had she been going fast, things would have been different.”

But that issue remained at the forefront of his mind as he approached city council last week for a speed limit reduction on Armstrong Avenue.

The road is often used as a cut-through from Merriman Street to Port Neches Avenue. But there isn’t one speed limit sign on display.

“I’ve got 23 grandkid and they’re not allowed in my front yard,” said the man who has resided in the city since 1983.

Roam addressed council last week in an attempt to have the speed limit lowered, bringing with him a petition he said was signed by every resident on the street.

Roam is one of several people that have called for lower speed limits as of late, with a resident of Llano Street approaching council last month regarding several streets around Llano and Port Neches Avenue. Michael Whitney intended to ask for limits to be lowered to 20 miles per hour, but ultimately asked for the agenda item to be postponed in hopes the city would conduct a traffic study through an independent company.

As for Armstrong Avenue, speed was studied over the course of eight days — the results of which were presented to council last week.

“I don’t have a problem reducing every road in the city if I thought that would be effective,” Police Chief Paul Lemoine told council members while standing next to Roam. The police chief voiced his agreement in lowering the limit on Armstrong Road.

“I don’t really have a problem with lowering it,” said councilman Robert Allen. “I don’t think it’ll make a whole lot of difference. They only way you’re going to stop people from speeding is to stop them from driving.”

Following a unanimous decision by council in support of lowering the speed limit, an ordinance will be placed for vote on next month’s regular council meeting.