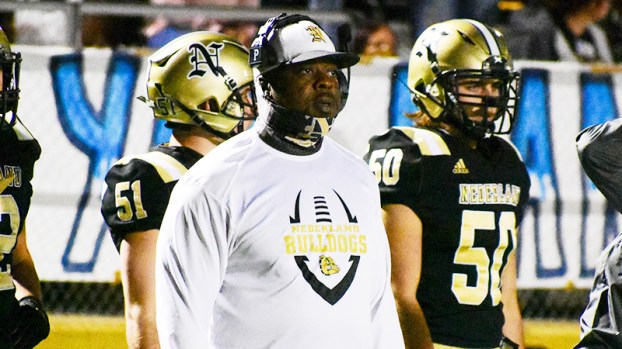 NEDERLAND — Whether it is on the sidelines of a football game or pacing around the bench of the girls basketball game, Nederland coach Jody Walker exhibits a calm but focused demeanor.

“He doesn’t say a whole lot, but when he does, they listen,” said Monte Barrow, Nederland head football coach and athletic director. “I think the kids respect that. They know if he is saying something, he has something to say. He has their attention, and that is big with kids today. He commands that by how he carries himself.”

While Walker can be soft spoken, Barrow said the defensive line coach can get intense.

“When the fire does light up, and everyone has their fire, you listen even more,” Barrow said. “They know that if he is this passionate or excited about it, it must be important.”

Walker attributes his personality to spending a lot of time with his grandfather growing up.

“Watching him, working with him and being around him, you just learn to stay calm, cool and collected,” Walker said. “When it is time to go, everyone will know I am there. It was kind of the way that I played. I am not really a rah-rah guy. When that whistle blows or the lights come on, it is definitely time to get after it.” 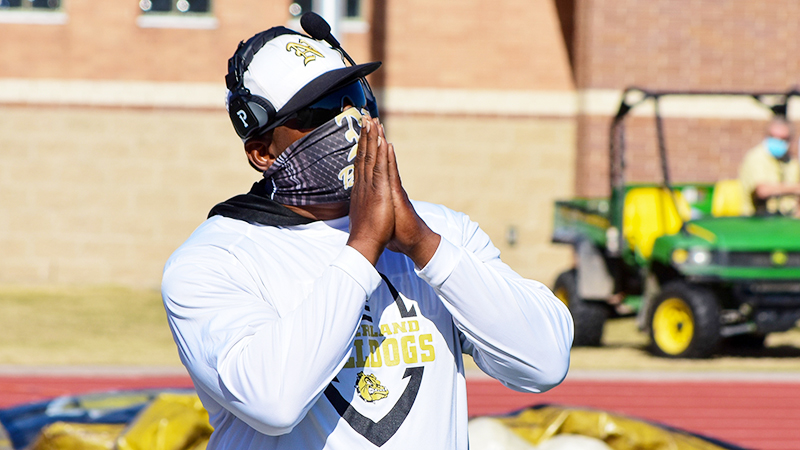 Walker said he still gets the same feeling coaching.

“I believe the guys that inspire the kids and the ones that really get after it, they still really have it,” he said. “That is why guys never really give it up or have a hard time doing so. That is why we do it. It is because of that feeling. I still feel it on Friday nights.”

When the school year starts, Walker will enter his seventh season with the Bulldogs.

He is entering his 19th year as a coach. The defensive line coach also spent four years playing at Southern Arkansas University.

“I have had the privilege of working with some great coaches,” he said. “Being around the great coaches on our staff, pushes you to be your best.”

Walker said he is also proud that the girls basketball team earned a playoff spot this past season.

“It is a great feeling, but I know there is still a lot of work left to be done,” he said. “We are finally catching a little basketball fever. I’ve been in contact with a lot of parents and they are excited about the younger girls. Our high school girls are participating in a couple of summer leagues. Things are heading in the right direction and it is really a great thing to be a part of.”

He said his favorite part of being a coach is watching students realize what they have been doing is paying off.

“It really comes on the tail end of high school,” he said. “They have careers and reach the milestones. We had several of our football boys that have the opportunity to play college football. Seeing them getting ready and preparing for college is a great feeling.”

Last season, Memorial’s defense drew a lot of attention for being the most dominant in the district. The Titans allowed... read more