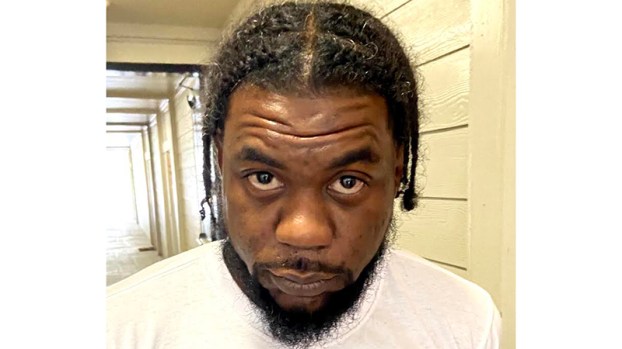 The suspect was located and taken into custody at an apartment complex in Baytown without incident, police said.

Lock was wanted for motion to revoke probation for felon in possession of a firearm.

Port Arthur Police Det. Sadie Guedry said Lock is a person of interest in the hit-and-run death of Jamica Thibo, which occurred on Savannah Avenue in October of 2019. 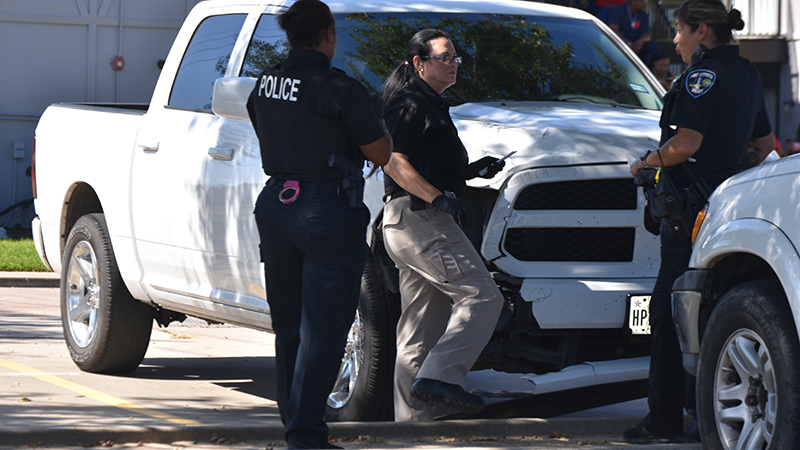 The suspect vehicle that struck and killed bicyclist Jamica Thibo was found abandoned at an apartment complex less than 12 hours after the hit and run. (Mary Meaux/The News file photo)

Port Arthur Police went public Nov. 10, 2020, with a request for help, asking the community to share location information on Lock.

At the time, Lock had an outstanding warrant for felon in possession of a firearm.

Police stressed he was a person of interest in the fatality auto pedestrian crash that occurred Oct. 9, 2019.

It is believed Lock struck and killed Thibo, then left the scene without rendering aid.

Thibo, 40, of Port Arthur was riding his bicycle while wearing reflective clothing and with a reflector on the front wheel of the bicycle when he was struck and killed in the 3000 block of Savannah Avenue near Motiva.

Surveillance video from Motiva provided to police shows Thibo on the bike traveling northbound. The video also shows a newer model white, four-door Dodge Ram pull up and stop at a red light at Savannah and 25th Street.

After the victim is struck — which happened at approximately 9:17 p.m. Oct. 9, 2019, the unidentified driver leaves the scene only to park nearby, get out and survey the damage to his truck before leaving again.

The victim was discovered six hours later by Motiva security in the 3000 block of Savannah Avenue.

The truck police believe struck Thibo was found abandoned at Timber Creek Apartments near the back of the complex. The front passenger side of the vehicle had extensive damage.