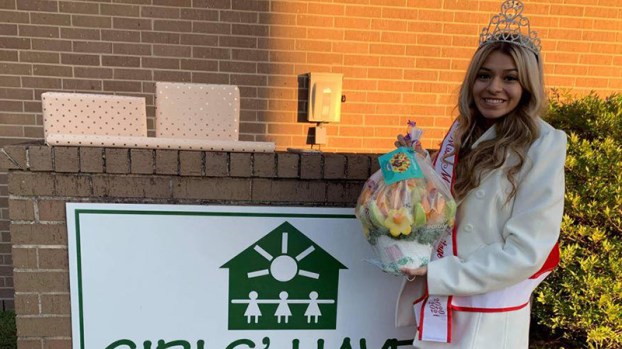 With only one week left before deadline, the Mexican Heritage Society of Port Arthur is seeking pageant contestants as it prepares to resume the annual Mexican Heritage Fiesta after COVID forced last year’s event to cancel for the first time since 1969.

“The girls in the pageant usually have a big production, and we couldn’t practice for that,” said Zita Downs, director of pageants. “The queens agreed they’d hold their title for an extra year.”

Zulema Escobedo, president of the Mexican Heritage Society, said although the queens have served for two years, it was a bittersweet time.

“They really only worked for five months and then they couldn’t do anything,” she said. “They’re sad because their reign was only five months even though it was two years. But at the same time they’re happy that there’s going to be an event this year.”

Escobedo said each year the royal court is extremely active in the community.

“We’re very proud of them,” she added.

Miss Mexican Heritage receives a $1,000 scholarship, but she’s just one of several students in the area that receive scholarships with funds raised from the annual Fiesta. There are categories for children of every age, and anyone of Hispanic decent within 100 miles of Port Arthur is eligible to apply.

But that isn’t the only attraction at the event that can draw as many as 2,500 attendees throughout the course of the day.

Nonprofits wanting to participate are able to set up outside the center to join at no cost.

“In Mexico most of the events are held outside, so we asked the Civic Center if we could extend to outside and they agreed,” Escobedo said. “Last time we ended up having someone inside that wanted to be outside, so two vendors traded places.”

While ticket prices have yet to be determined, Escobedo said they’re always affordable.

“It’s very family oriented and we want to make it very affordable where you can come with everyone,” she said.

If you’d like to enter the pageant, call 409-718-8638 or find the application at mexicanheritagefiesta.com. Application deadline is Aug. 1.