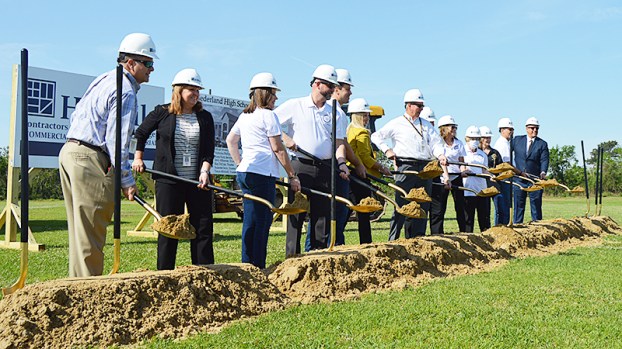 Nederland public education celebrated today (April 12) at 10 a.m. with approximately 75 educators and supporters gathering for a groundbreaking that kicks off construction on a new Nederland High School.

Superintendent Dr. Stuart Kieschnick said the process to this point has been long, stressing that beginning groups started with just a vision to formulate a product.

“That process was exciting. It was frustrating. It was mentally draining, but it takes all of that in the recipe to come up with a good product,” Kieschnick said. “So far, I am proud of the product that we have. I think it is going to serve the community of Nederland very well for years to come.”

Hearing Kieschnick talk and listening to school board members recently, it almost seems like the Mid-County district has reached the finish line, yet today’s ceremony actually doesn’t even represent the halfway point.

During the March NISD Board of Trustees meeting, numerous elected leaders complimented the standing of the district’s voter-approved construction rollout while the design architect and construction manager each said communication between the two is strong.

Read here about the new construction plan and projected impact.

Oh, how a few months and a hard deadline can whip a project into shape.

Frustration ran rampant in October and November, when a school board member sarcastically said so much time had passed since the bond approval that the celebration signs in front of all NISD schools were starting to rot.

Approved in the Spring of 2019, the signs herald more than $150 million in building and technology improvements that will eventually touch every aspect of the Nederland Independent School District. 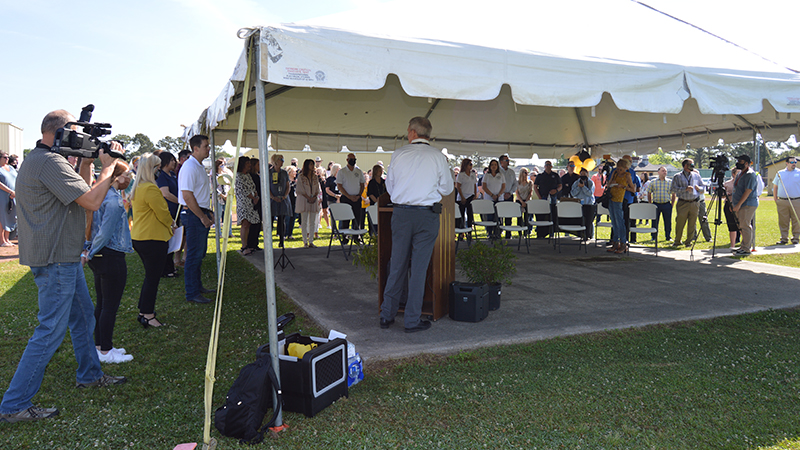 And to be fair, work has begun, evidenced by demolition completed before this school year at Langham Elementary and new field installation at Bulldog Stadium.

However, board members were referring to a lack of visible progress the public can see following their votes of almost two years ago.

The architectural firm hired by the Nederland Independent School District Board of Trustees to execute the building of new schools district-wide had come under fire from local officials and builders concerned with cost projections and timelines.

In December the senior associate principal with IBI spent the better part of his time at a school board meeting delivering a mea culpa while promising better days ahead.

“You are very angry, dissatisfied. I get that, but we’re not happy with what we did in the past. We are working very diligently to correct that problem.”

Those tension-filled school board meetings seem to have ended with the 2020 calendar.

Public updates during the first quarter of 2021 show a group with all entities aligned, which should mean good things for students and the community at large.

Turmoil doesn’t have to be a permanent thing. Struggle can precede success. Discord can be a seed for quality compromise.

Kieschnick seems to feel as much, telling me this week following a question about potential nerves that NISD’s “great team” is led by the support of the school board.

“We’re truly a team of eight,” the 29-year NISD employee said. “We work together; we solve problems together. We all have the same goal in mind for NISD. That just works together in dealing with the construction manager and architects. We look at it as a team and find a way to win. That is what Nederland is about.”

NEDERLAND — If Dr. Stuart Kieschnick enters a classroom and it looks like it did in 1950, he knows something... read more